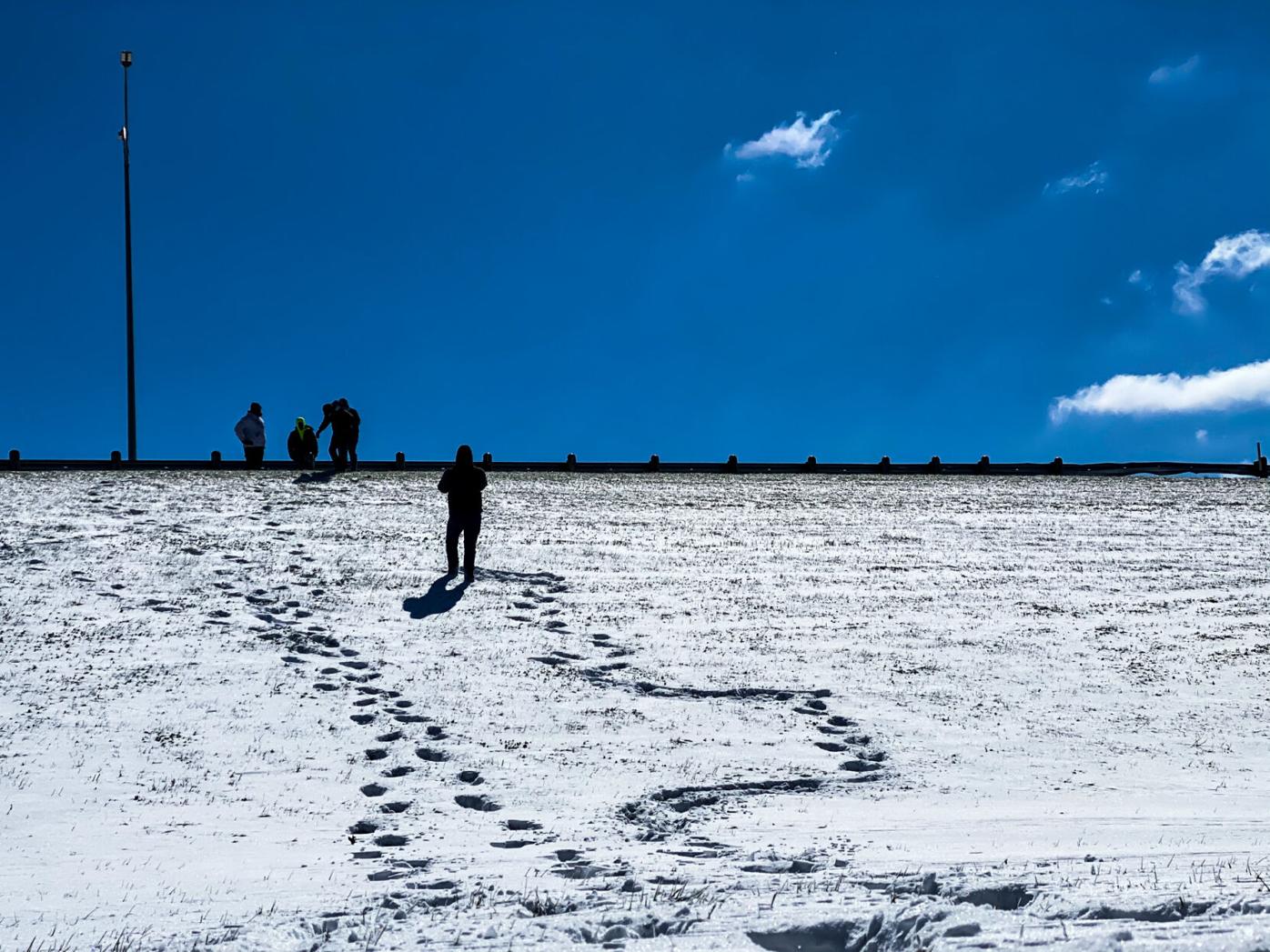 Winter Storm Uri led to large power outages, store closures and a lack of heat in San Marcos. Prior to the brunt of the storm, however, some Texas State students went outside to take advantage of the rare snow, not knowing what the next few days would bring forth. 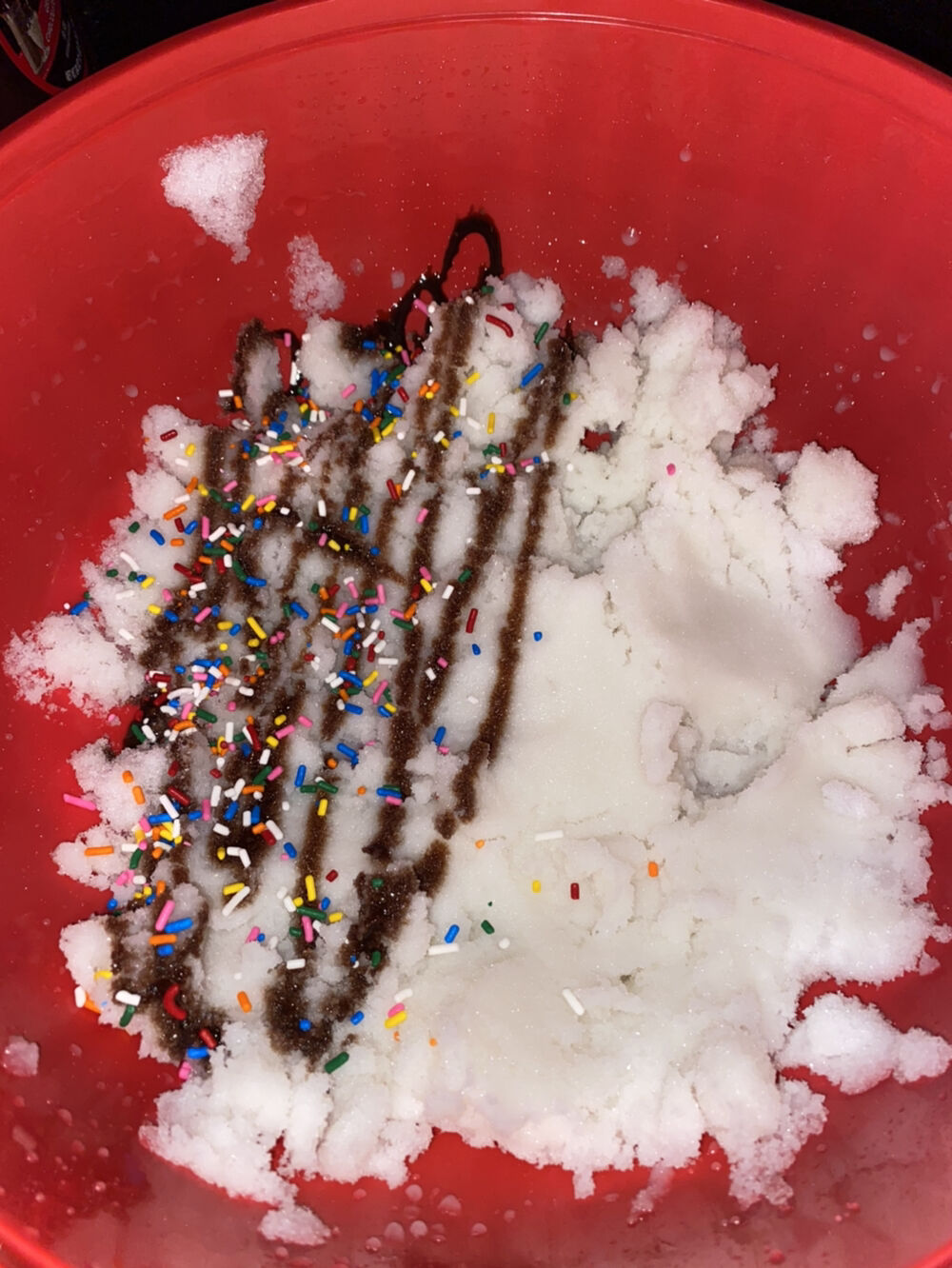 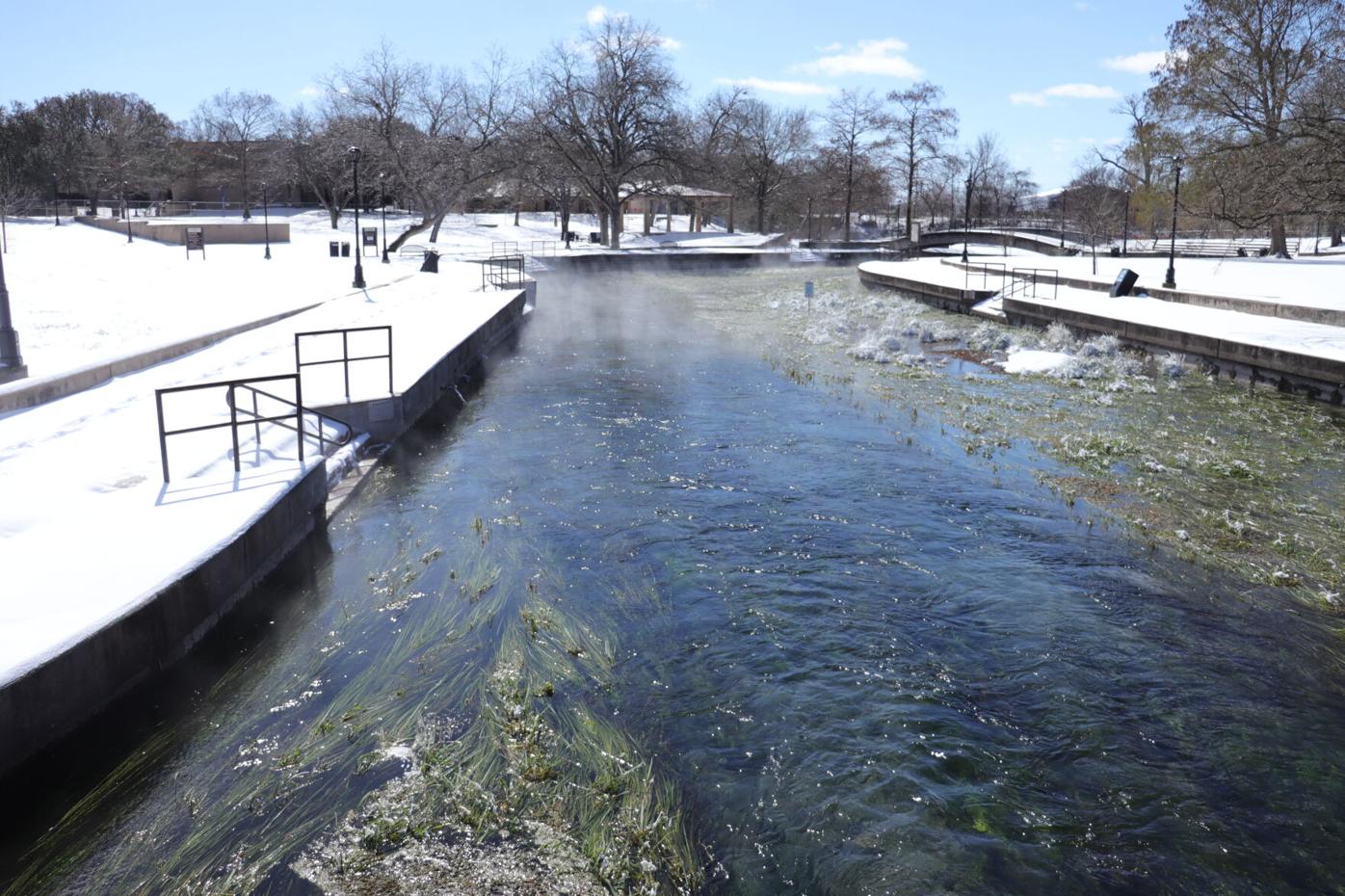 Texas State senior Cade Prater-Burgess captured in wonder the San Marcos River on February 15, 2021 at Sewell Park. The river, which stays a consistent 75 degrees year-round, was steaming in the cold of the air. 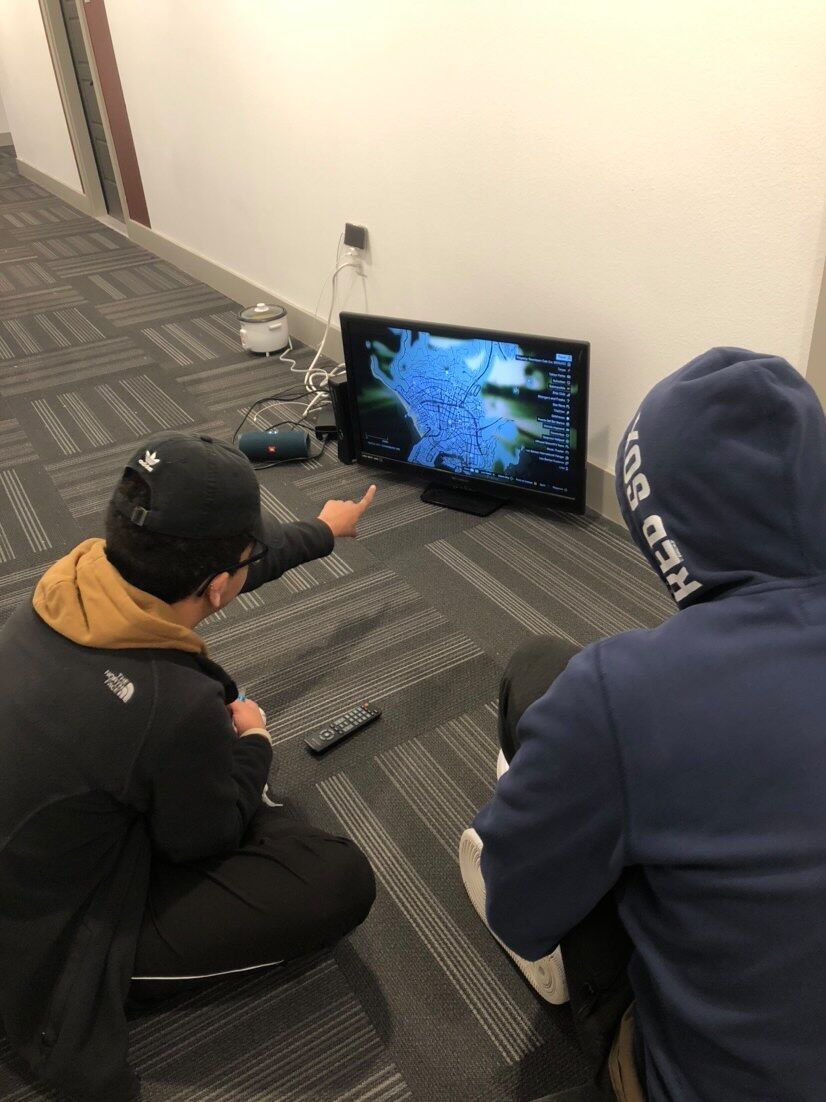 Darius Easter, an exercise and sports science sophomore, and Eric Nakazono, a business sophomore, play Xbox games on February 18, in a hallway of the Aspire apartment building. Aspire's residents lost power within their units, but the hallways remained on a rolling outage plan, prompting the residents to sit in the hallways every few hours and embrace the momentary power.

As Winter Storm Uri brought below-freezing temperatures all across Texas, it also sparked a need for action among many stranded Texas residents.

On Feb. 14, Robert Boley, an international relations and psychology senior, saw an opportunity as Texas State announced the closure of campuses due to inclement weather. Excitedly, he gathered his friends, dusted off a heavy-duty river tube and soared down the street on his makeshift sled, unaware of the grueling conditions the winter weather would soon bring forth.

“I literally got air time,” Boley says. “We went down the hill out in front of the cemetery. I sprained my wrist doing it, but it was sick.”

The first days of the freeze marked an exciting time for students like Boley and Hannah Waters, a geography resource and environmental studies junior, both native Texans experiencing icy weather and frosty snow for the first time.

Once the chocolate taste left her mouth, however, Waters was forced to use the snow for more fundamental purposes. When her apartment lost water later in the week, Waters and her roommate looked out their window at the sheets of snow, seeing the frozen water as a solution to filling up their empty toilet tanks.

“We collected snow really late at night to use for the toilets,” Waters says. “The next morning, though, when I went to get some to flush my toilet, half of it was still frozen.”

In the time Waters waited for the snow to melt, Boley and his roommates concocted their own plan by making use of their apartment unit's central location to The Vistas’ pool deck. With string, a large pot and a sixth-floor balcony, the group was able to lift water up to their apartment unit to flush the toilets.

“We probably did it like five times, having someone go down, fill up the pot and put it back on the string," Boley says.

The pulley project not only allowed Boley easy water access, but it also served as a distraction from tensions created from going days without water to drink or shower in. The difficulties of living in a five-person household with no heat or internet.

Maggie Gidden and Allan Lopez, two musical theater sophomores, similarly searched for a distraction in their four-bedroom apartment at The Local Downtown, using card games to entertain their five guests seeking refuge from the freezing temperatures at their Aspire apartment, which had no in-unit power or water.

“We played Uno and we played Mafia,” Gidden says. “We’d hang a flashlight from the ceiling fan. It felt like an illegal poker game.”

Rolling blackouts affected the hallways of Aspire in addition to no power inside the units. Some residents like Darius Easter, an exercise and sports science sophomore, used the rolling power to its full entertainment potential, carrying his Xbox and television into the hallway for 45 minutes of recreation.

However, Easter found that the power in the hallway served more of a purpose than just recreation. As other Aspire residents grew increasingly desperate for a warm meal, pots and pans, Keurigs and portable stoves appeared in the hallways of the building.

“We put our toaster in the hallway,” Easter says. “One of my roommates tried to make eggs with a candle, but that didn’t go so well.”

Between dings of the toaster, Easter began to connect with neighbors in the hallway he had never met, despite living next door to them for months, and created a community, even during days of frozen isolation.

"That was actually our first time meeting our neighbors," Easter says. "We played Cards Against Humanity with them, and we had just gotten food, so we shared with them a little."

This trend continued through many student apartments, where students with resources housed students without. While Gidden and Lopez housed five students, Cade Prater-Burgess, a theater senior, found refuge from hunger and loneliness a few floors up in his apartment complex where a classmate fed and provided him company.

"It was getting increasingly cold, and I was running out of food," Prater-Burgess says. "Last week felt like the apocalypse."

For Prater-Burgess, who is on the autism spectrum, reacting to sudden changes can be difficult. However, with help from his parents and his classmate, he stayed safe, was fed, and stayed warm throughout the week, creating memories he will forever have in his camera roll.

"While I still had feeling in my hands, I spent a majority of one morning walking around San Marcos getting as many photos as I could," Prater-Burgess says. "I got some really cool photos."

Despite the devastation it brought upon city residents, the storm allowed friends and neighbors to create memories. Easter says the community's growth and kindness throughout the freeze was the most impactful part of the experience.

“Even though it sucked, it was kind of fun,” Easter says. “It brought us [all] closer together.”

The University Archives at Texas State work to preserve rich records, photographs, oral histories, artifacts and more from the University, San Marcos and surrounding communities. Among these archived materials are countless stories, memories and aspects of history that reveal not just how th…