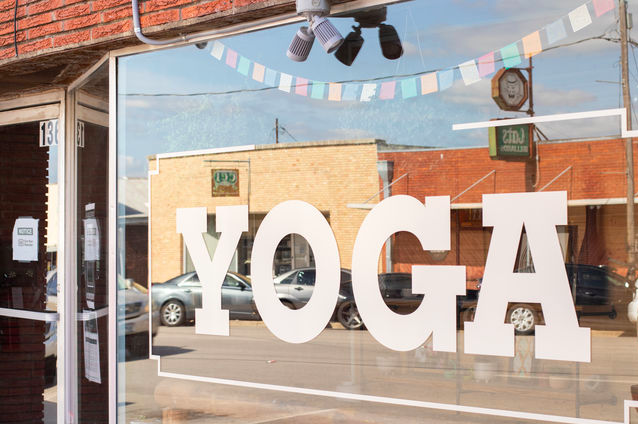 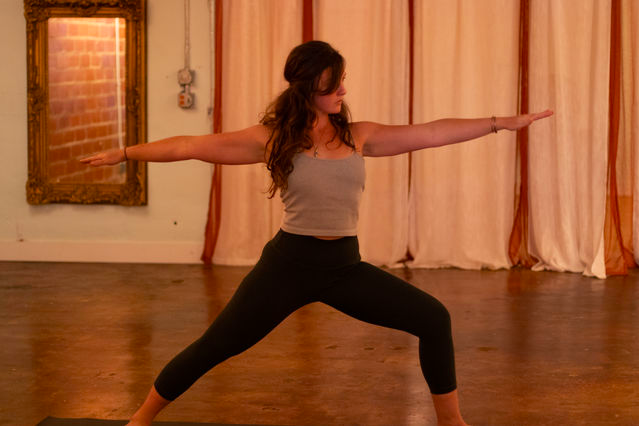 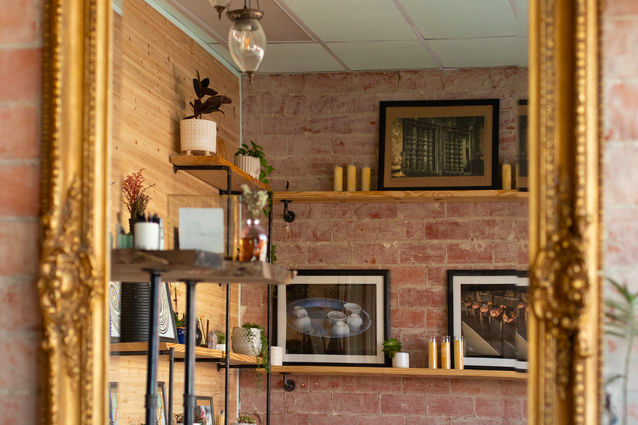 “The physicality of [yoga] was what got me interested in it initially, but then I realized the mental benefits of reflecting inward [and] of holding yourself accountable to show up to your mat,” Reed says. “With that came such a strong community that was practicing regularly, and people [who] were consistently showing up to their mats [who] welcomed me into their friend circles and into their studios. I fell in love with it instantly."

Despite its recent opening in March, Wild Rice Studio has established a group of patrons who show up regularly, just as Reed had first pictured. Todd Miller, a frequent regular, shows up for classes at Wild Rice Studio almost every day.

With a practice spanning 20 years, Miller teaches yoga in his spare time and is passionate about the practice. However, his initial encounters with yoga were under unique circumstances.

“I first started practicing yoga while I was incarcerated in Texas prisons. My yoga practice was very rudimentary. There were no programs that taught inmates yoga, so I found some books in the prison library and started practicing some very simple meditations and postures,” Miller says. “It was a way to escape the extreme violence and escape the walls, so to speak. It was liberating. Physically, I couldn’t leave, but through my practice, I learned to transcend the walls.”

Yoga had a transformative influence on Miller’s life. Not only does he practice yoga nearly daily at Wild Rice, but he also uses his practice to give back to those around him. Miller is currently working toward establishing a program to teach yoga to incarcerated people in Texas, believing there is something special about practicing something personal, like yoga, with other people.

"Yoga is much more than just the physical postures. Sharing the space and time and energy with other people is a big part of the yoga community,” Miller says. “We live in a fast-paced society, and people don’t have the time for introspection or reflection. I can practice yoga all day long at my house, but I get easily distracted. So going to a yoga studio, I purposely, with intention, take time out of my day to go practice and move and meditate. It’s an important part of everyday wellness.”

When Miller found Wild Rice Studio, he was immediately drawn to everything about the space Reed had imagined — admiring the candle lights, mirrored walls, community-oriented events like river cleanups and the well-rounded, inclusive teaching styles of the studio’s various yoga teachers.

One of those teachers is Program Manager for the Youth Recovery Community Lori Linn, whose yoga journey also began at a critical moment in her life. At the time, she was experiencing a high-risk pregnancy accompanied by a slew of medical complications. While most of her doctors recommended major medical procedures, one doctor took a more holistic approach, recommending yoga, instead of medication or surgery, as a means of alleviating her pain.

Linn took this doctor's advice and after starting her practice, gave birth to a healthy 9-pound baby boy. She has been practicing yoga ever since.

"[Yoga] is more than being on the mat. It impacts my whole life off the mat. I’m a grandmother, and I’m in pretty phenomenal health mentally, physically and spiritually,” Linn says. “Yoga is a place where you can write your story. [It’s] about self-love and self-compassion.”

After many COVID-19 related studio closures across San Marcos, Linn felt lost without a regular studio to attend. When she learned of Reed’s vision for Wild Rice Studio, she was immediately onboard and says Reed's contribution to the community has been a blessing.

“She’s done a great thing for the yoga community in San Marcos to be able to give this space. She didn’t do this for herself, she did it for everyone else. It’s a selfless act of love,” Linn says.

Aside from helping people discover the physical and mental benefits of practicing yoga, Reed hopes her studio becomes the type of place where different people who might not have crossed paths at work or around town can share a space and come together to do something they love.

“I hope that the Wild Rice community is all-encompassing and is a safe space for anyone to come practice, whether they’re brand new to yoga or they’re 10 years experienced,” Reed says. “I hope it provides a safe place for people to come express themselves, for them to be vulnerable, for them to have their highest days and their lowest days. I hope that it’s a place that people continuously come back to feel safe and enriched.”