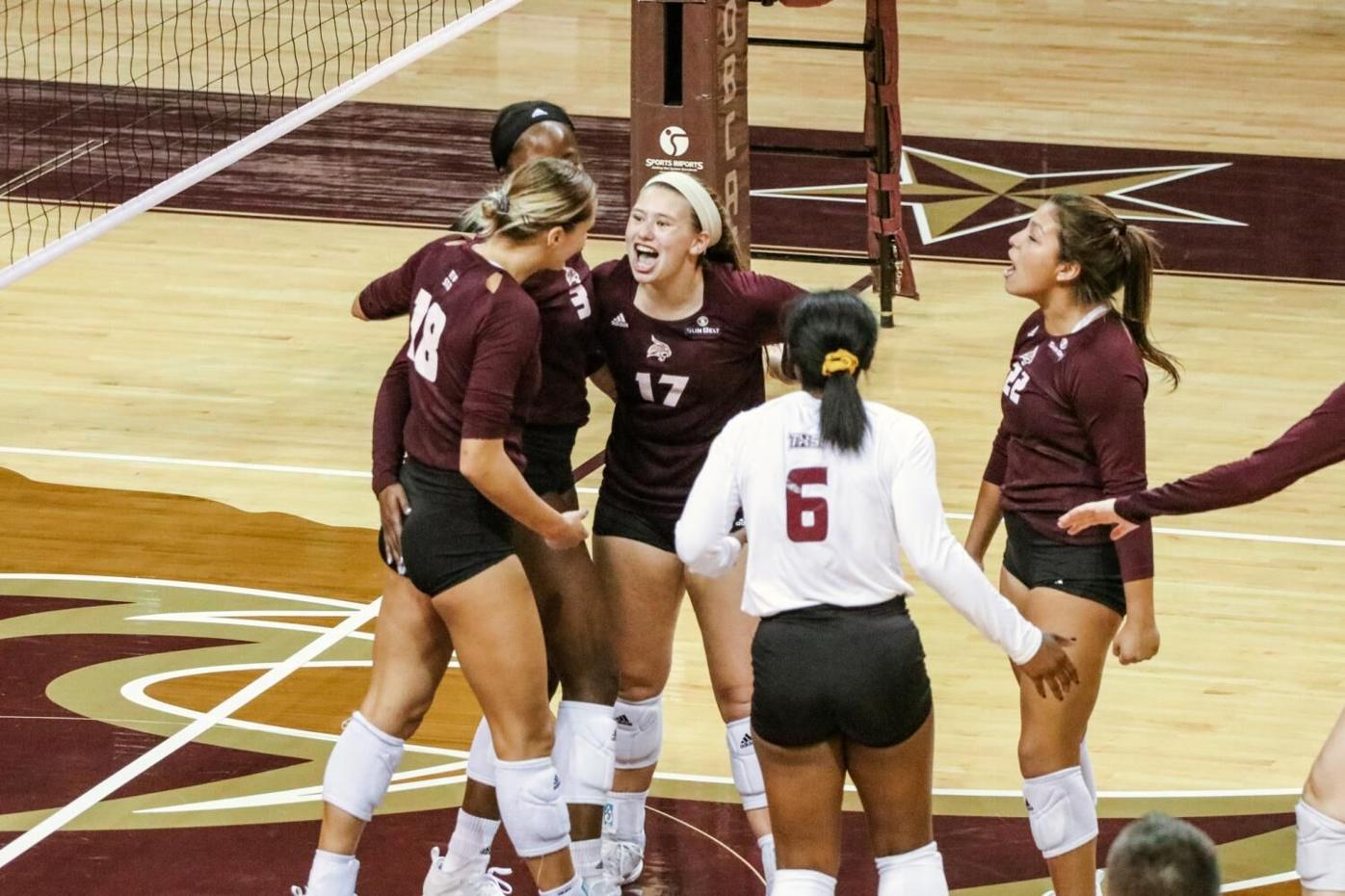 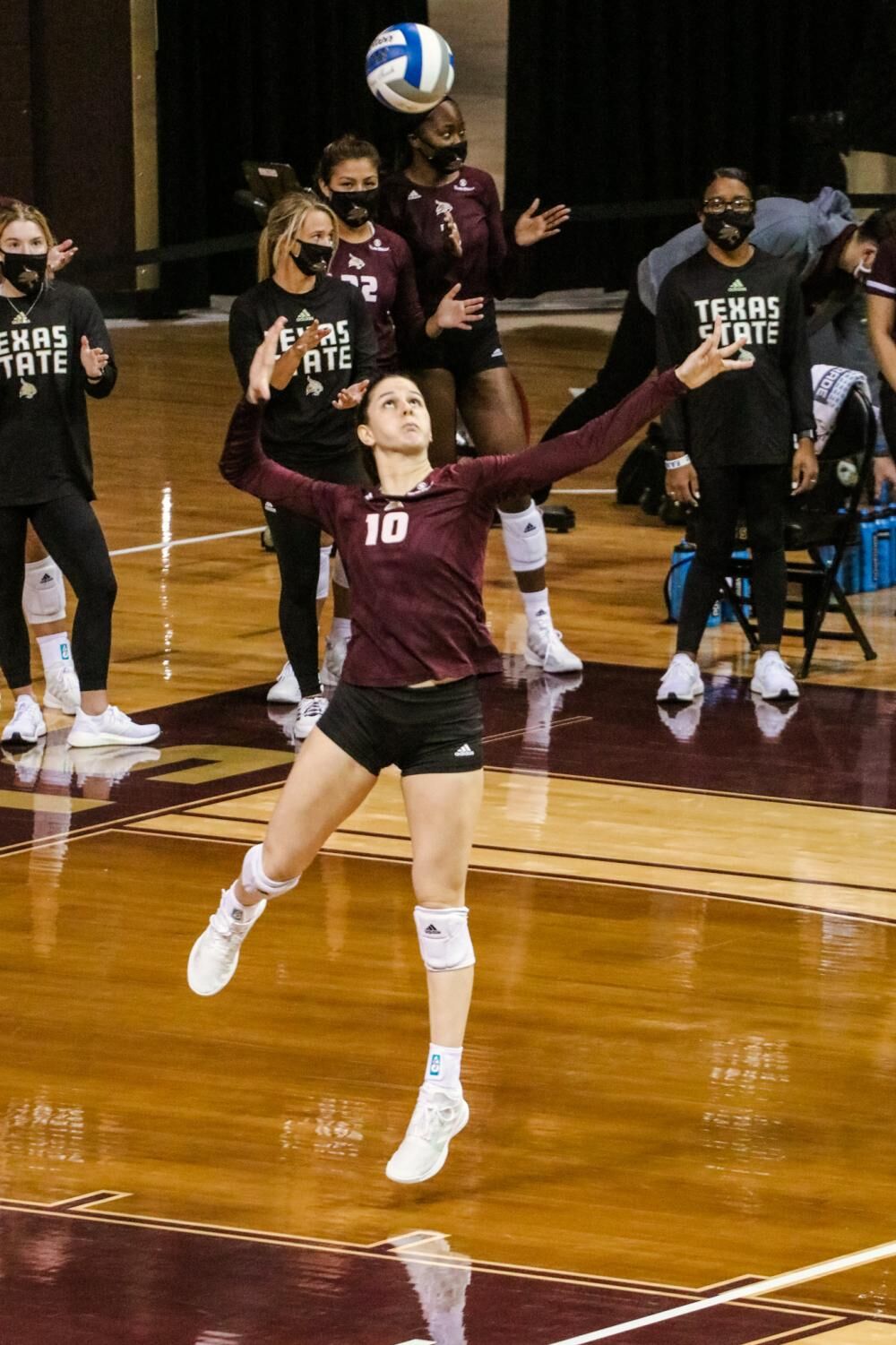 Sophomore outside hitter Caitlan Buettner (10) serves in a game against the University of Texas at El Paso, Friday, Sept. 11, 2020, at Strahan Arena.

Sophomore outside hitter Caitlan Buettner (10) serves in a game against the University of Texas at El Paso, Friday, Sept. 11, 2020, at Strahan Arena.

Texas State defeated the University of Texas at El Paso 3-2 in the first home game of the season, following a dominant performance by junior outside hitter Janell Fitzgerald.

There were few bright spots for the Bobcats in the first set. The Miners came out aggressive, taking a 12-8 lead, forcing Texas State Head Coach Sean Huiet to call a timeout to regroup. Coming out of the timeout, UTEP went on a 6-0 run forcing another Texas State timeout.

The second set was more competitive with neither team securing much of an advantage in any statistical category. Texas State played with more urgency and focus after losing the first set.

Both teams came out energized in the third set, scrambling on offense and defense. After going down 6-7, Texas State turned up its aggression and went on a 19-6 run to win the set 25-12.

The fourth set was the closest of the game with nine ties and five lead changes.

After evening the score 10-10, UTEP gained momentum and support from its bench and held the lead for the remainder of the set. The Miners took the set 25-23, leveling the game 2-2.

The Bobcats came out aggressive to start the fifth set taking a quick 9-3 lead over the Miners. UTEP had a glimmer of hope after two sloppy possessions in a row by Texas State left the score at 12-8, but the Bobcats tightened up their game to win the final set 15-10.

Fitzgerald had a career-high 20 kills off a .326 hitting percentage to lead all scorers, while Emily DeWalt led all players with 43 assists on the game.

While the fight against COVID-19 in Hays County has taken a step forward in the arrival and distribution of vaccines to prioritized groups, some argue the current state of inoculation in the county leaves much to be desired.

Before stepping foot into the clinical lab of Ascension Seton Hays Hospital in Kyle, Gilbert Swink sat fully clothed in personal protective equipment, including a mask and a face shield, ready to run another set of COVID-19 tests.

After nearly a year of devastation brought forth by the COVID-19 pandemic and recent news of Texas becoming the first state to administer 1 million doses of vaccines, Texas State’s Student Health Center is gearing up for its own vaccination efforts with hopes the campus community will take a…

'Makers of history': Remembering the words of MLK

This is one hell of a time for us to be here.