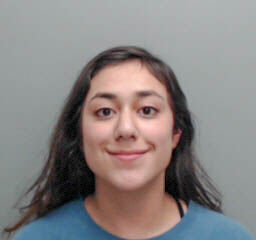 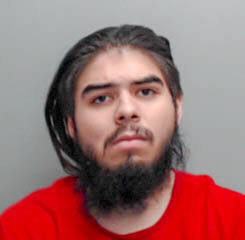 San Marcos police engaged in two vehicle pursuits in the same area of town overnight resulting in the arrest of two individuals on Tuesday, Feb. 25, 2020.

The first pursuit began just after midnight in the 1400 block of Craddock Ave. when a patrol unit stopped a vehicle driven by Aubrianna Alvarez, 20. Alvarez fled before stopping at 1701 Old Ranch Road 12 where she was removed from her vehicle by police and arrested.

Alvarez was booked into the Hays County Jail on charges of Reckless Driving, Evading with a Vehicle, Assault on a Public Servant, Resisting Arrest and Possession of Marijuana.

Edge Apartments. Patrol officers stopped a sedan, driven by Elijah Montez, 19, who then fled the

scene. Officers engaged in a vehicle pursuit when Montez struck a raised sidewalk. Montez was arrested after fleeing on foot.

Montez was booked into the Hays County Jail on charges of Evading with a Vehicle, Evading, Possession of Marijuana and Reckless Driving.

Alvarez and Montez have not been released from Hays County Jail at this time.

According to officials, social media posts incorrectly reported that shots were fired during the pursuits and subsequent arrests.

“Our officers were involved in two separate vehicle pursuits around midnight, but no gunshots were fired during those incidents,” San Marcos Police Department Interim Police Chief Bob Klett said.

No officers involved in the vehicle pursuits sustained any injuries.

The University Star will continue to update this story as details develop.