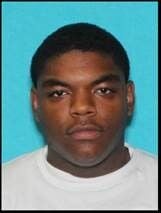 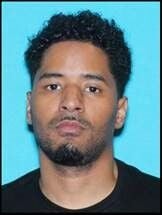 The San Marcos Police Department has identified three suspects in the shooting incident that occurred at Sadler House Apartments on May 27.

On Wednesday at approximately 5:12 p.m., SMPD officers were dispatched to Sadler House Apartments, 1271 Sadler Drive, in response to multiple reports of shots fired. The incident’s reports included the possibility of an active shooter, but the investigation found it to not be a random incident. The located suspects are named Airton Mosquera and Mauricio Berrios.

Once the area was contained, two male victims and several witnesses were located. The San Marcos Fire Department and Hays County EMS worked to treat the victims during the incident.

The victims reported they were attacked by armed assailants in an attempted robbery at their apartment. One of the victims fired at the assailants with a handgun during the incident, striking one in the leg. The shot assailant reportedly fell down off the building stairwell when fleeing from the gunfire, breaking his leg as he landed.

The injured assailant was helped into a white 2016 Lexus by an accomplice and fled while a third assailant fled in a black Jeep SUV. Witnesses provided the Lexus license plate number to SMPD, who sent notices to be on the lookout for the suspected offenders’ vehicles.

The crime scene located numerous items of evidence during the exterior search. The processing team received a warrant to also search the victim’s apartment. Received items reportedly included a large quantity of drugs, money and guns.

At around 8 p.m., SMPD received communication from the Texas DPS Houston Violent Crime Squad that two males matching the descriptions of the assailants were admitted to Houston Methodist West Hospital in Katy with gunshot wounds and a broken leg. The males were operating the white Lexus and one of the males was the registered owner of the vehicle.

The two suspects were identified as Mauricio Jose Berrios, 24, and Airton Mosquera, 20. They were served warrants for aggravated robbery. Mosquera was released after receiving treatment and was apprehended by the Katy Police Department and temporarily held in a detention facility until SMPD officers arrived to transport him back to Hays County. He is currently booked into the Hays County Law Enforcement Center, but a bond has not been set by a magistrate yet.

Berrios required more extensive treatment for his injuries and was medically transferred to Ben Taub Hospital.

Through continued investigation, a third assailant was identified. The identity is not being released at this time as active efforts are underway to apprehend this person.

Due to the ongoing nature of the investigation, SMPD will not be available for interviews.

The San Marcos Police Department said officers were responding to a shooting incident at the Sadler House Apartments this evening and have just given the all-clear.

The apartments are located at 1271 Sadler Drive. The road is closed to traffic as the investigation is ongoing.

The San Marcos Police Department blocked both entrances of the Cabana Beach Apartments on the 1200 block of Sadler Drive responding to an incident.

SMPD released a statement stating: POLICE INCIDENT: SMPD is responding to an incident on the 1200 block of Sadler Drive. Residents in the area should seek shelter immediately, and those traveling should avoid the area. We will update as more information comes in.

Cabana Beach sent a message to residents stating: “Due to a large number of police addressing an issue across the street from our property, we highly recommend all residents to stay inside of your units for the time being. Please use caution and we hope everyone is okay! This is all the information we have at this time. Thank you.”

The University Star will update this story as information is released.