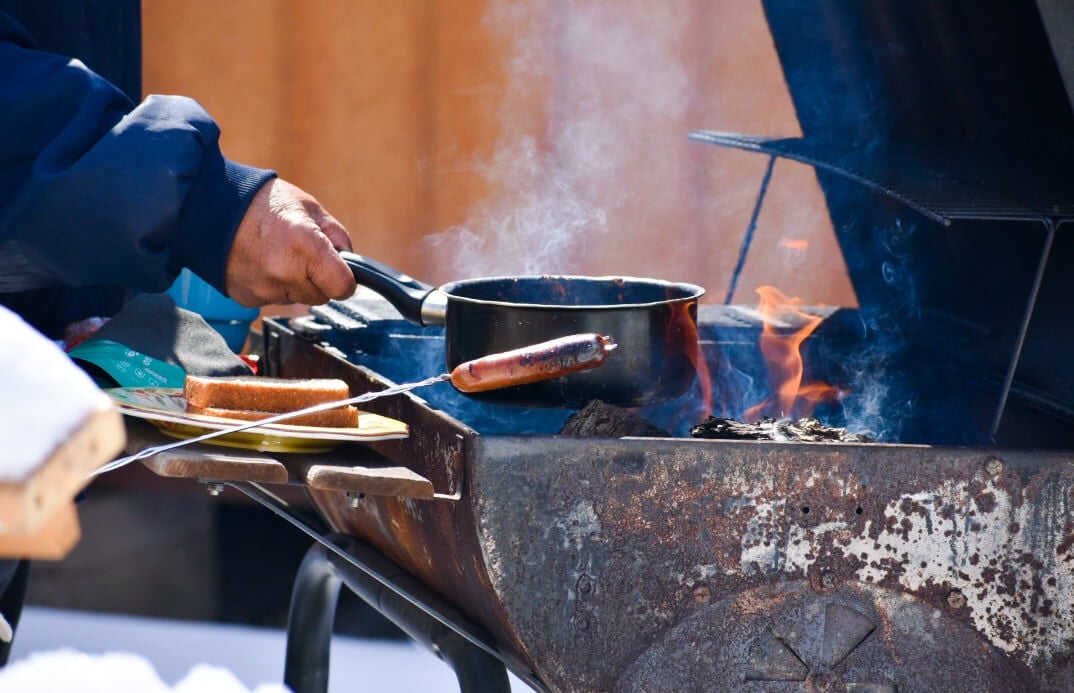 Inclement weather in San Marcos resulted in power outages throughout the city, leading some residents to cook meals outdoors despite the cold temperatures. 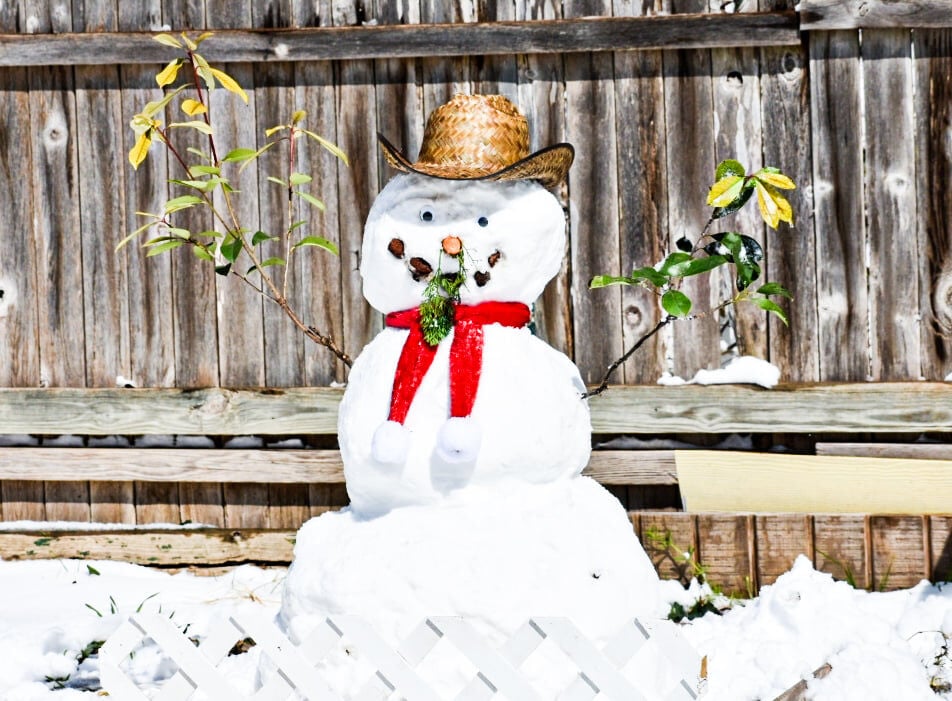 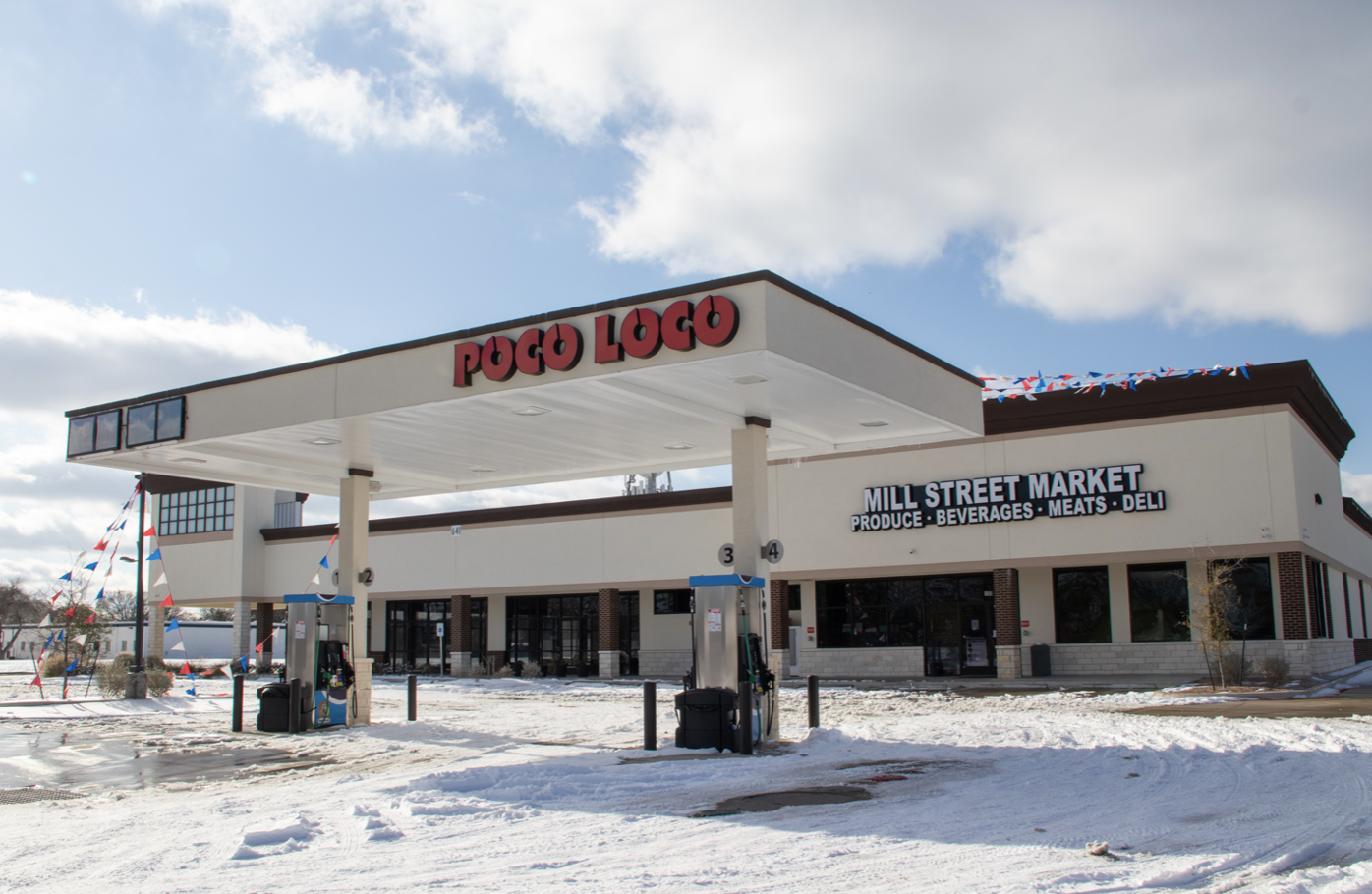 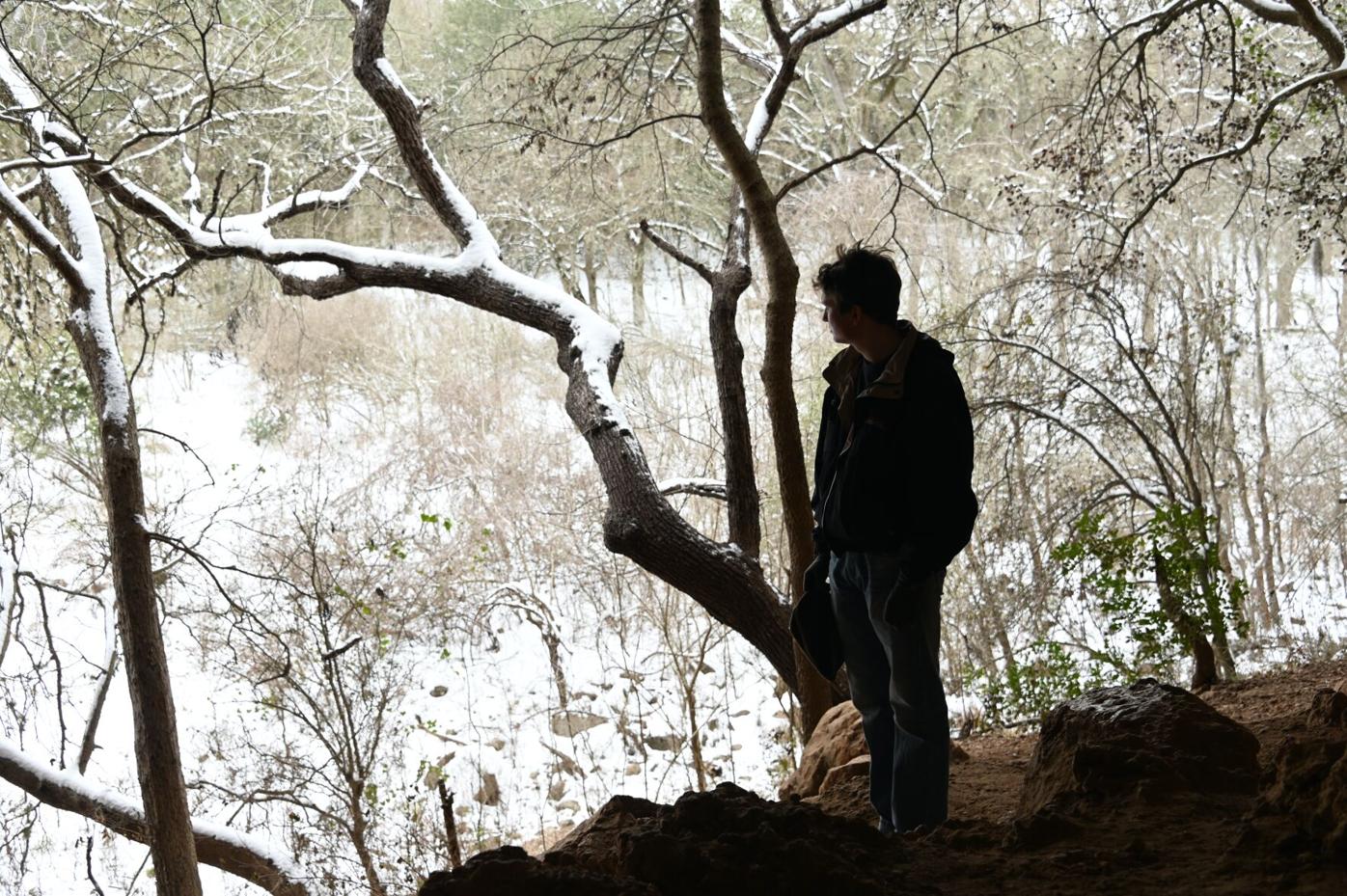 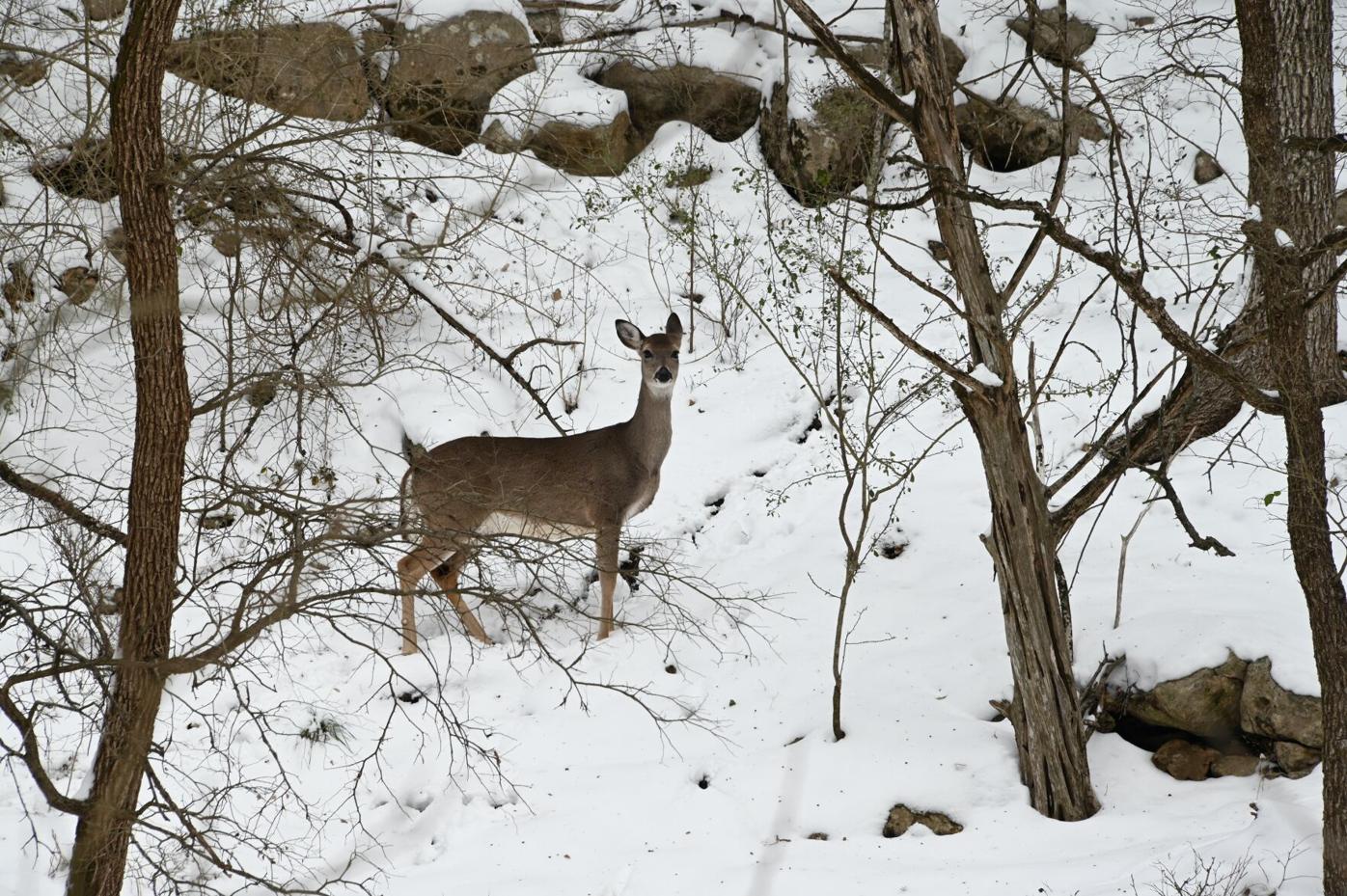 Editor's Note: The University Star reached out to The Village on Telluride apartments, The Thompson apartments, the San Marcos Electric Utility office and the City of San Marcos for this story — none of whom were immediately available for comment.

In the premature hours of Feb. 15, while experiencing rare snowfall in San Marcos that froze the windshields of vehicles, streets and kept people inside their homes, city officials alerted their residents that statewide power outages had begun and that they should anticipate periodic outages.

The city told residents, like Alexis Schmidt, that power had already started returning “in about an hour or less,” and that if outages exceeded that time frame, they should reach out to the city’s electric utility unit via phone.

Schmidt's inability to get a clear response as to when power would be restored was a commonality shared among residents throughout the city. The lack of clarity built up a sense of frustration as hours turned into days without power and the frigid outdoor temperatures began creeping into homes.

According to a FAQ by the City of San Marcos, the Electric Reliability Council of Texas (ERCOT), which provides power to more than 75% of the state, indicated Texas would experience rolling outages due to an interruption of electricity on the electric grid, the network that delivers electricity from energy producers to consumers. Instead of the anticipated shorter rolling outages, however, the city experienced electric outages that lasted for days.

The city says rolling outages were a reality across the state. Thousands of people experienced power outages in the area, and the San Marcos Electric Utility (SMEU), the city's electric distribution system, was unable to restore power until the demand on the statewide electric grid lessened.

The outage caused the temperature inside Schmidt's apartment to drop to 54 degrees, leading her to call nearby hotels to find an alternative place to stay.

"We packed our things and walked 20 minutes in the wind and snow to the La Quinta off I-35 and Aquarena," Schmidt says.

While power at La Quinta fluctuated on and off with only 10-15 minute periods of being on, Schmidt says it was just enough heat to warm up her hotel room, a more convenient option than staying in a cold, dark apartment.

Other San Marcos residents also opted to flee from their powerless homes, including Madison Woodrom, who traveled to her parents' house after staying in her apartment which reached 52 degrees.

Before leaving, Woodrom had no food, hot water or internet and huddled around a single three-wick candle for light and warmth until it eventually burnt out. She expresses frustration with her apartment complex and city personnel for what she says is a lack of response to the situation, especially when she made calls that the fire alarm in her unit had been going off for two hours, only to not get an answer until she reached out to the non-emergency police line.

"All the [apartment office] had to say was, 'we have empathy for you,' but they've done nothing to help us," Woodrom says. "I know it's not their fault, but they could have at least brought us some resources. Most people here are scrambling to find something to eat, but just about everywhere is closed. Life sucks."

As the week progressed, restaurants and stores slowly began to open, allowing residents to grab a hot meal. Tatiana Ontiveros says she was able to make it to 54th Street where she had her first warm meal in days.

Due to the power outage, Ontiveros was forced to eat cold canned goods and warm what she could by using little cans of Sternos. She used candles and blankets to keep herself warm as the temperature inside her apartment reached around 20 degrees.

"We haven't experienced an outage like this before and for this long," Ontiveros says. "It's been a difficult couple of days, and [I] hope that we don't have to go through it again."

Regardless of the freezing weather conditions and navigating life without power, Ontiveros praises the local community for its support and being a shoulder to lean on.

"We have helped our neighbors, and our neighbors have helped us. Without that, I have no idea what we would have done," Ontiveros says. "Our apartment got down to the 20s the other night, and it was terrifying not knowing if it would be better in the morning, but we had our community to lean on. It also helped knowing we weren't the only ones going through this."

The challenges brought forth by the winter storm and power outages have also aligned the perspectives of some residents, like Jennifer Miranda.

"This has been a horrible experience, but we've come to realize this is [a] reality check of how complacent we've become in not really planning for extreme weather," Miranda says. "I never imagined we'd go this long without heat."

In addition to the power outage, the pipes of Miranda's home busted, flooding her entire backyard. She adds that it has also been incredibly difficult and painful to try to keep warm despite layering under thick, sherpa-lined clothing and covering the windows with pillows and quilts.

"We shivered so much our toes and hands hurt," Miranda says. "My neck shoulders and back have been hurting."

In the days following the rolling power outages, ERCOT says it did what it had to do to avoid months-long blackouts. Sen. Ted Cruz took a family trip to Cancún while Texans, in San Marcos and beyond, sat shivering with no electricity. Gov. Greg Abbott publicly condemned wind turbines and solar power which experts have made clear were not the main source of the outages.

There is a Boiling Water Advisory in San Marcos, and some residents are suffering with little to no water pressure, which the city hopes to fully resolve in the coming days.

The city says, barring any changes from ERCOT, it should not experience rotating outages moving forward. About 400 electricity customers were still without power on the morning of Feb. 19.

Miranda says she has continued to sleep only a few hours a night to check on her kids, in-laws and pets.

The outages have prompted her to better appreciate the necessities she has typically had access to, such as light, heat and water. Despite the challenges, Miranda and her family have made memories, spending quality time together grilling outdoors along with building snowmen.

"This experience has helped us focus on what's important...to reset and be grateful that we as a family were all together and okay," Miranda says. "We did our best to keep the kids' minds from worrying and, in that process, made lasting memories together."