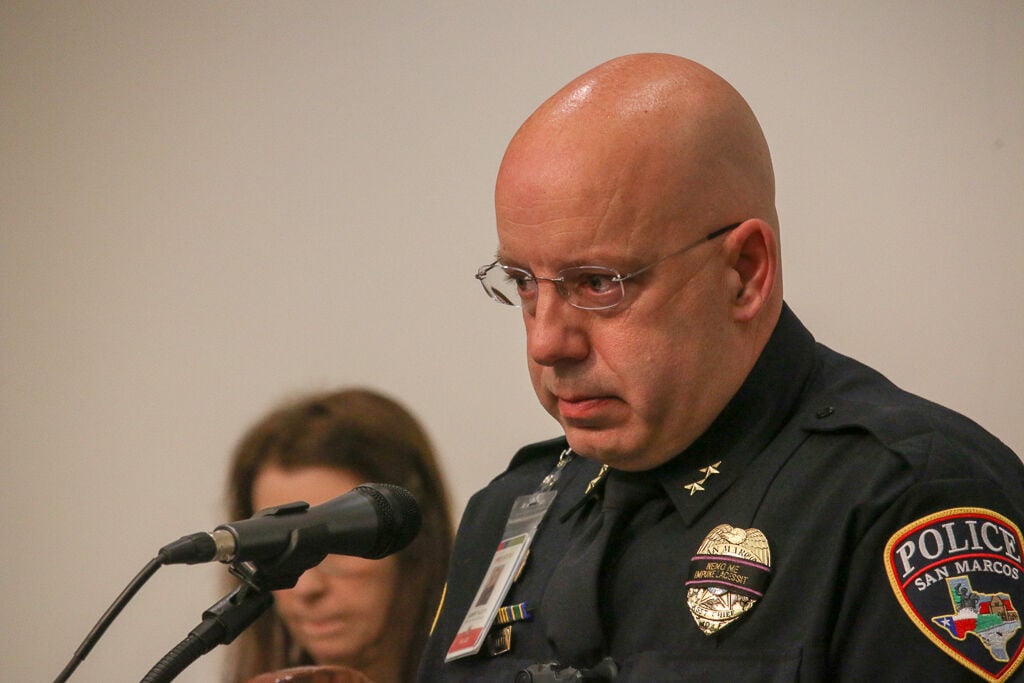 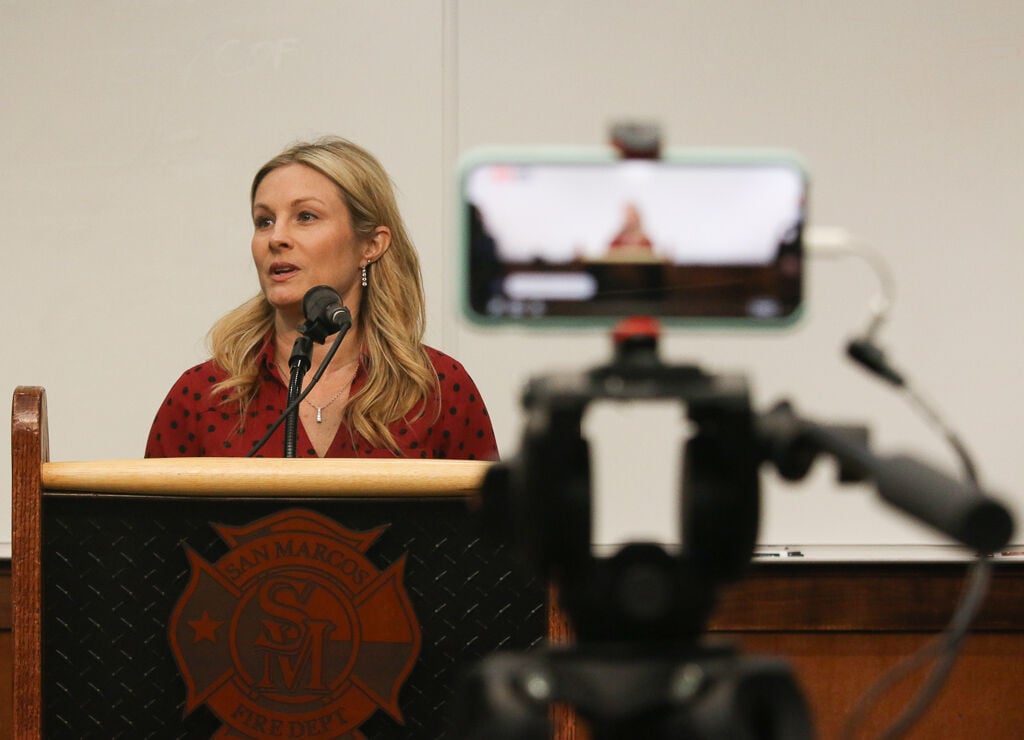 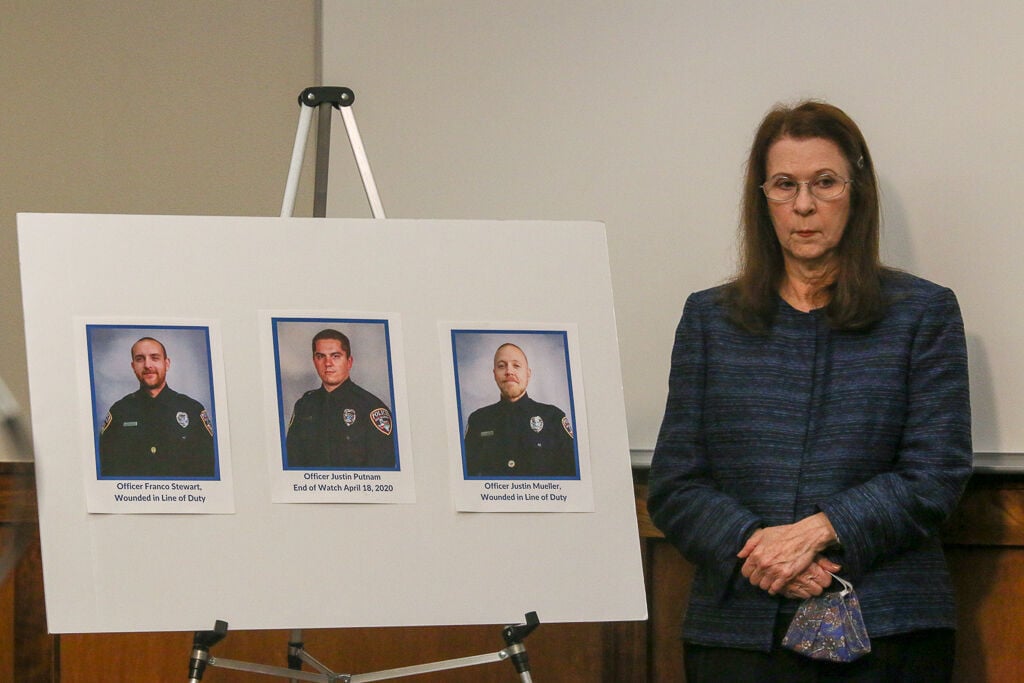 Jaden EdisonSan Marcos Mayor Jane Hughson stands next to a poster with the photos of officers (left to right) Franco Stewart, Justin Putnam and Justin Mueller. Putnam was killed while responding to an April 18 assault/domestic disturbance report and the other two officers were left wounded. Putnam is the second SMPD officer killed in the line of duty since officer Kenneth Copeland was shot and killed while serving an arrest warrant in Dec. 2017.

The City of San Marcos held a press conference this morning to address an April 18 incident on Hunter Road that left one officer dead, two wounded and the gunman dead after an apparent self-inflicted gunshot wound.

San Marcos police identified Justin Putnam, 31, as the officer shot and killed and officers Franco Stewart and Justin Mueller as the wounded. Officers Stewart and Mueller are in critical but stable condition in the ICU.

“We lost a fine young man, a faithful officer and friend last night,” Interim Police Chief Bob Klett said, holding back tears. “He understood what it took to police a wonderfully diverse community like San Marcos and the college community and serve it very well.”

Stewart and Mueller have served as SMPD officers for less than a year. Prior to the SMPD, Stewart was an officer at the McAllen Police Department for two-and-a-half years. Mueller served as a telecommunications operator with SMPD for more than 11 years.

The alleged shooter has preliminarily been identified; police are working with Texas Rangers to confirm the identity. Klett said it appears the suspect may have operated under several different aliases.

Klett said police received a call about an assault/domestic disturbance at 6:05 p.m, April 18, from the Twin Lake Villas Apartments in San Marcos. The initial call reported the suspect hit his wife and alcohol was involved. Upon police arrival, the suspect ambushed the officers with a rifle.

Putnam, a Texas State graduate, leaves behind a fiancè and a family that shares a public safety background.

Putnam’s vehicle will be parked at San Marcos City Hall, 630 E. Hopkins St, near the police and firefighter statues. The public may leave memorials for Putnam, his family and SMPD.

This marks the second SMPD officer death in the line of duty. Officer Kenneth Copeland was shot and killed while serving a warrant on Dec. 4, 2017.