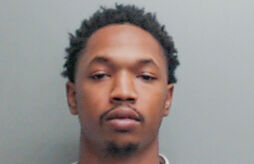 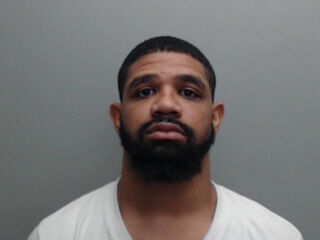 At approximately 2:14 a.m. on Friday, March 6, Wayland James Hurst, 21, and Rodjohon Deanmar Dorsey, 22, were arrested by SMPD officers after the two were found parked in a reported stolen vehicle at the Raceway on Highway 80.

The two suspects were booked into Hays County Jail.

SMPD found one loaded handgun, various ammunition, and significant amounts of promethazine/codeine and marijuana inside the vehicle.

“Officers approached the vehicle and found two occupants inside,” San Marcos Interim Police Chief Bob Klett said in a press release. “Both were detained while officers searched the vehicle.”

Hurst was charged with Manufacture and Delivery of a Controlled Substance, Unlawful Carrying a Weapon, and Possession of Marijuana, 4 ounces to 5 pounds. On March 7, he was released on surety and personal recognizance bonds.

Dorsey was charged with Unauthorized Use of a Vehicle and Manufacture and Delivery of a Controlled Substance. On March 8, he was released on surety bonds.