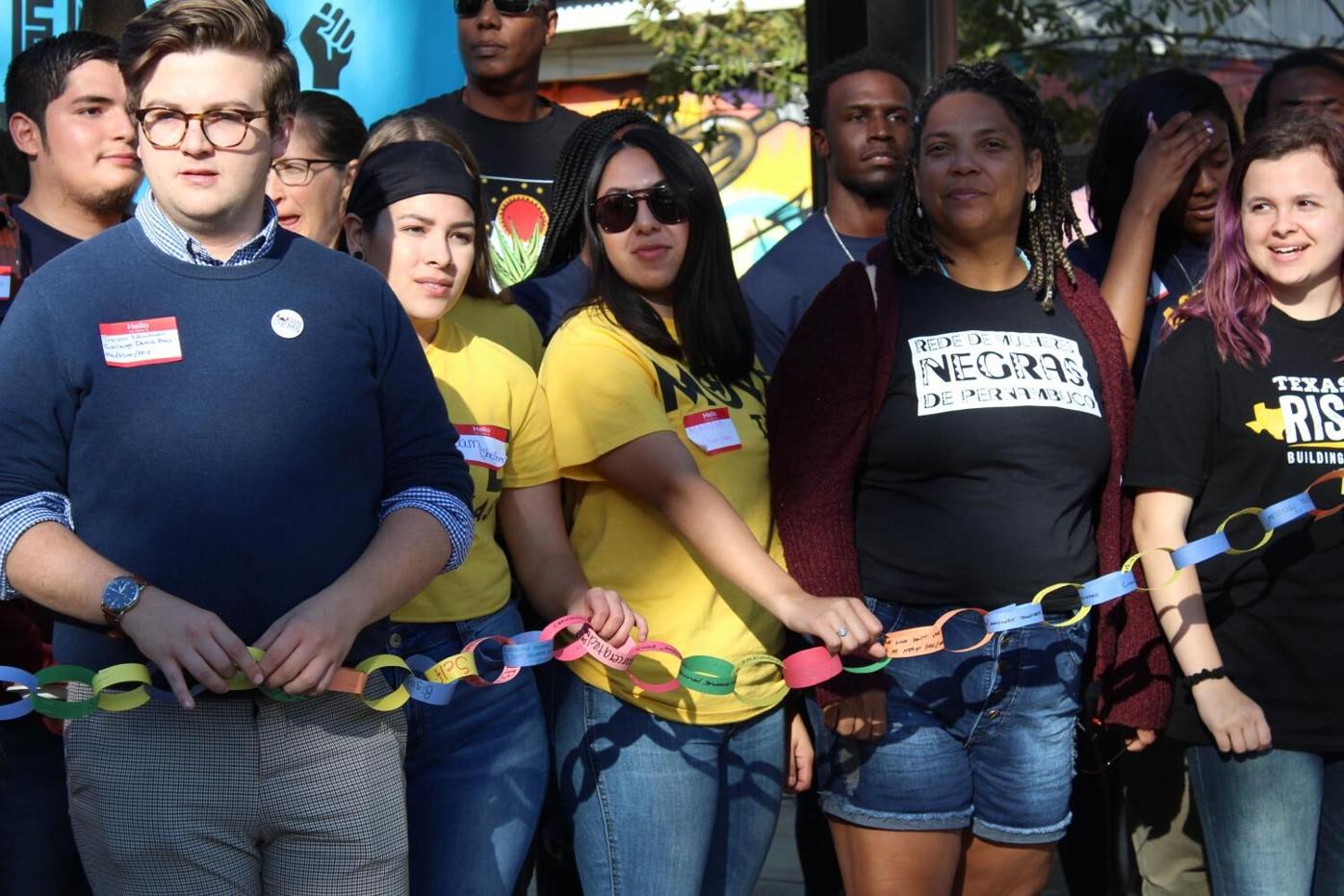 Attendees of the cite and release event hold chain links Nov. 3 and prepare to symbolically break them. 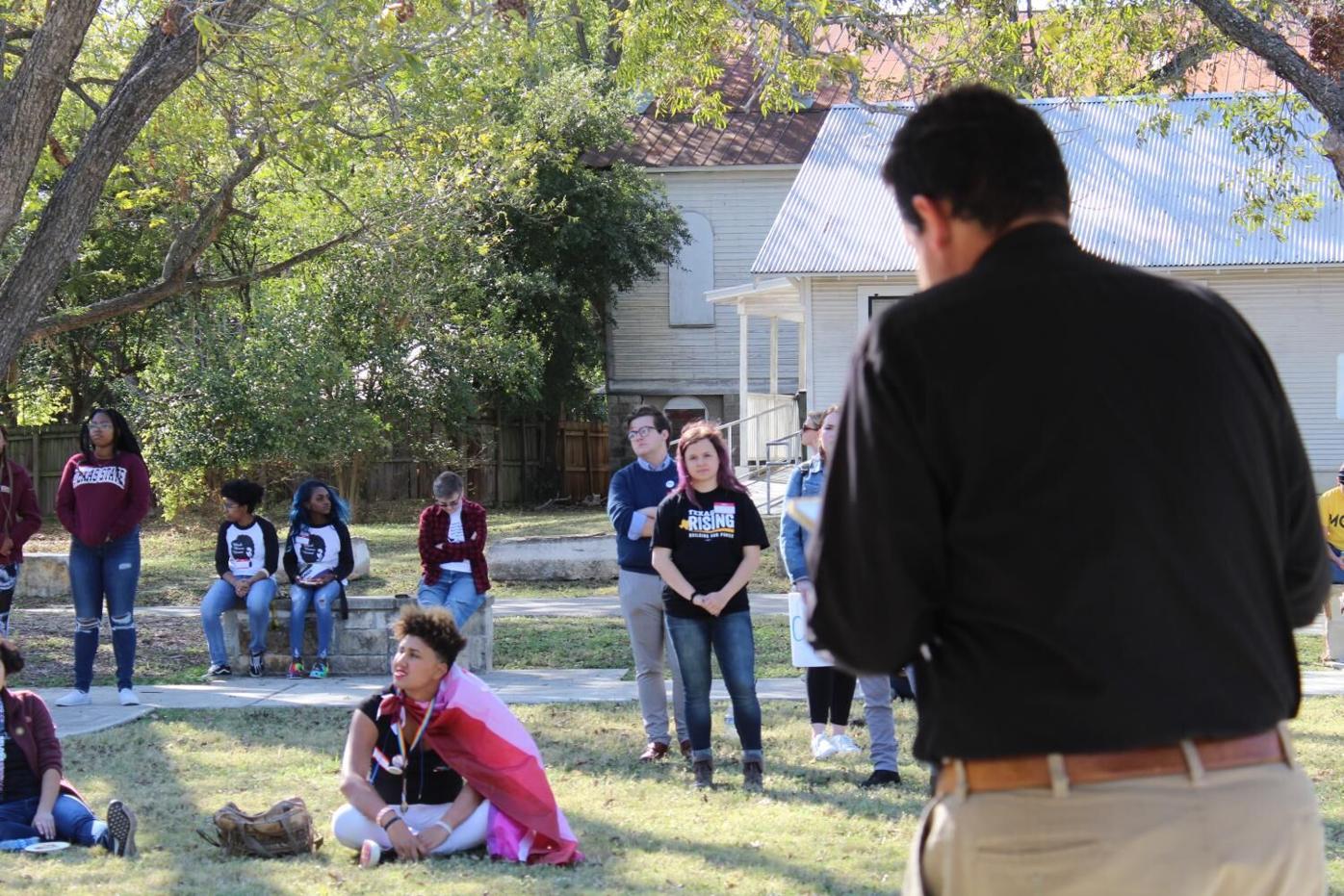 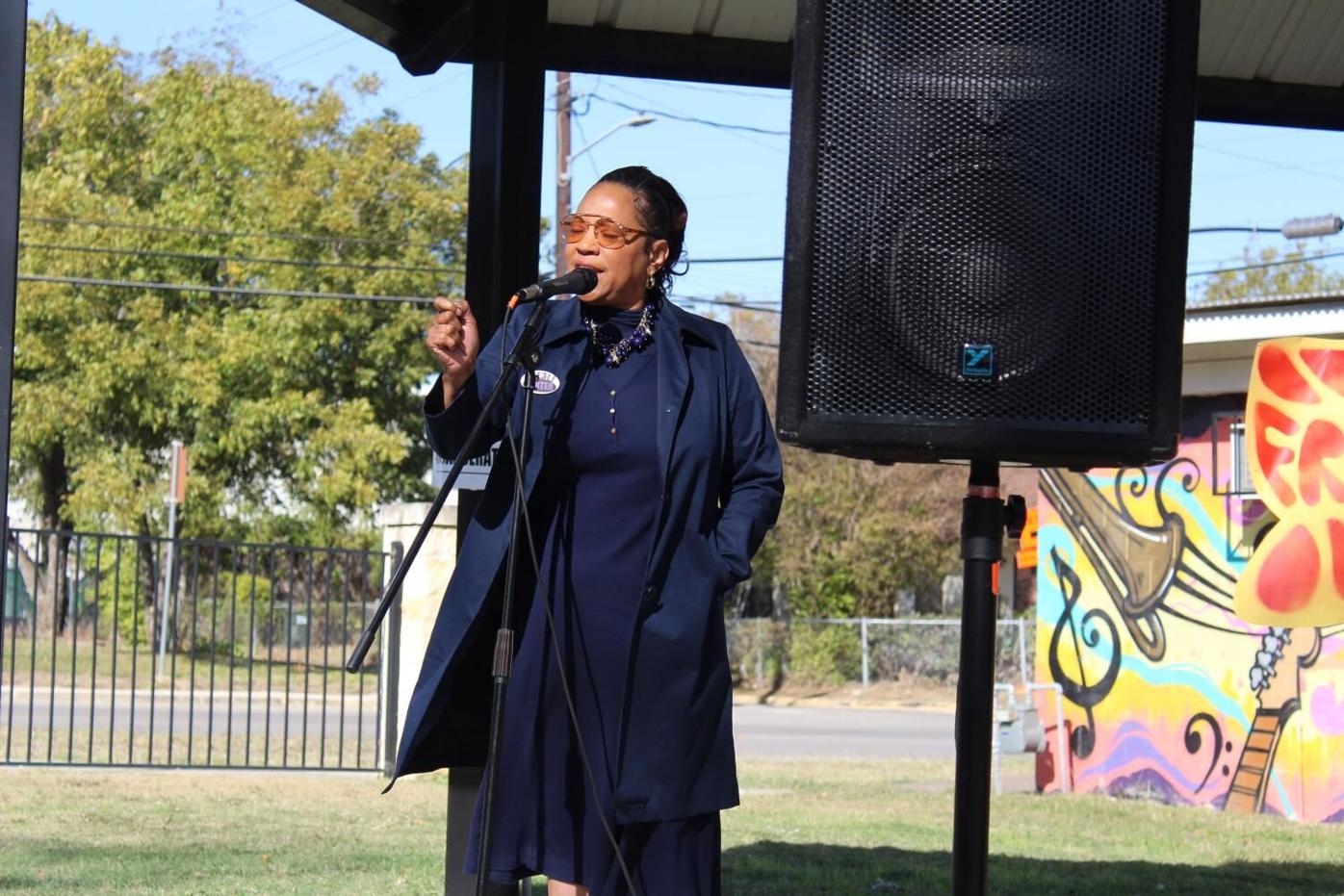 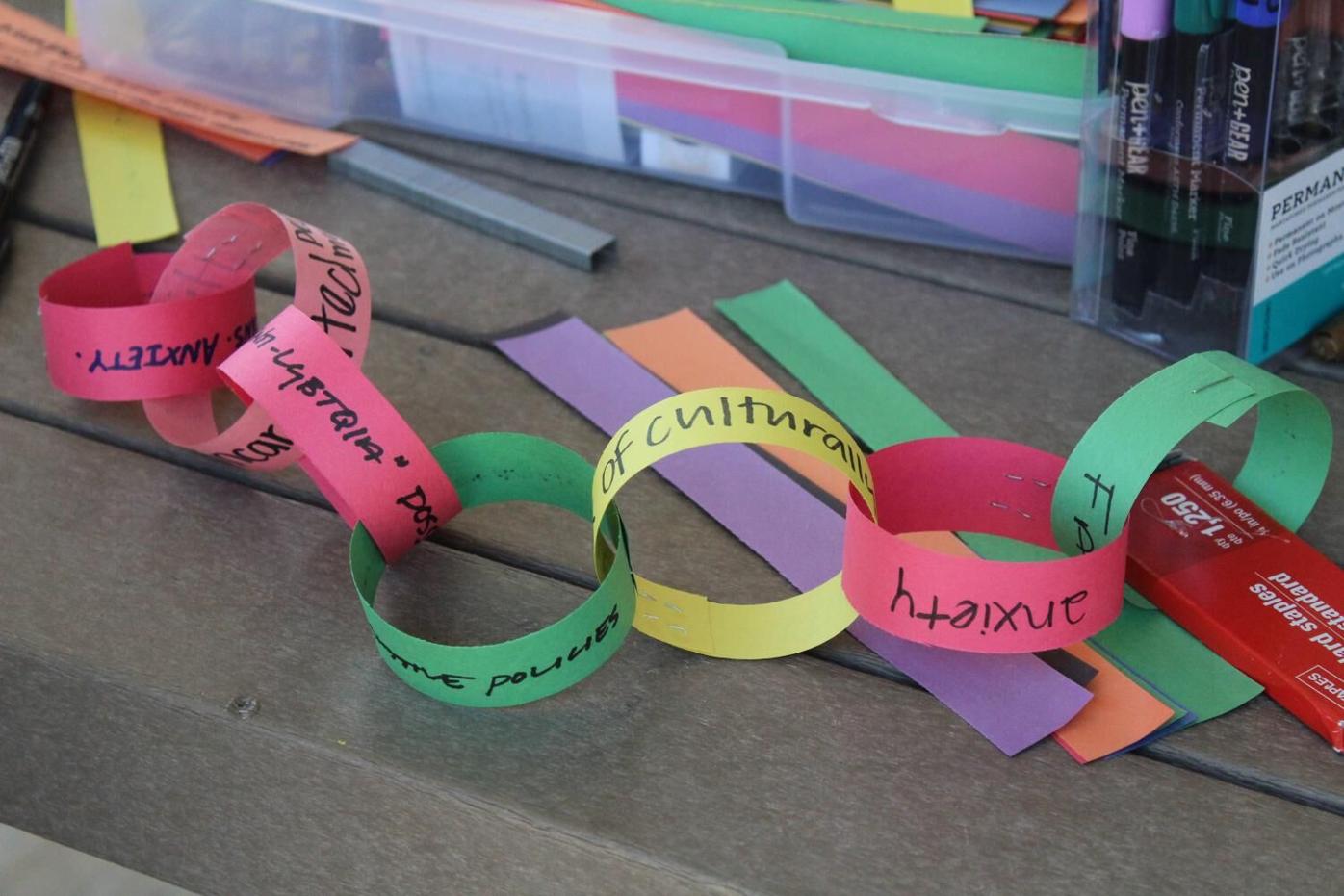 As part of a community art project at the cite-and-release event, attendees wrote down obstacles they have faced and add it a chain link.

“No justice, no peace, choose cite-and-release,” was chanted as activism organizations, community leaders and local residents gathered for the need of a cite-and-release ordinance in the city during a public event held by the San Marcos Criminal Justice Coalition at Eddie Durham Park Nov. 3.

The event, organized by members of the coalition including Mano Amiga, MOVE Texas, NAACP and Texas Rising, addressed the issue of racial profiling by law enforcement and the benefits a cite-and-release ordinance would have in decreasing the statistics. Under state law, cite-and-release allows peace officers to issue citations for class C misdemeanors—including some class A and class B misdemeanors—instead of making an arrest.

Jordan Buckley is a member of Mano Amiga, a nonprofit organization working to provide resources to immigrants. The organization has already accumulated 500 signatures on a petition asking for City Council to sign the ordinance. Council members are expected to vote on the ordinance Nov. 19.

Eric Martinez, policy director for Mano Amiga, said 72 incidents in 2018 involving African Americans could have used cite-and-release instead of making an arrest.

“What we are asking for in the cite-and-release ordinance is to include all state eligible offenses, (strong) language around data transparency, tracking race, ethnicity, citation and arrest location and a quarterly reporting of the cite-and-release data made available to the public,” Martinez said. “We want guidelines for the use of officer discretion through specific and enumerated disqualifying circumstances making someone cite-and-release ineligible.”

Faylita Hicks, Mano Amiga organizer and poet, shared her personal story about an experience she faced in college that impacted her life.

After writing a $25 check to H.E.B for groceries that bounced back, Hicks never got the letter telling her to be in court due to moving apartment complexes as a college student. A warrant for her arrest was issued and she was taken in the day before completing the final exam allowing her to graduate from Texas State. She ended up spending 45 days in the Hays County Jail.

“I missed part of my life,” Hicks said. “A lot of things happened that were absolutely horrible. I spent almost a decade being quiet about it. I was afraid to apply for jobs and tell other people what happened to me; I was ashamed of what it meant to have been someone who was arrested.”

Hicks ended her story by reminding community members that having cite-and-release is, “an opportunity to not have your life disrupted.”

Reverend Tim Bauerkemper from the First Lutheran Church is one of several pastors who participate with Mano Amiga to push and reach for social justice through faith. He said as a white clergyman, he must be an ally and advocate for the voices that are not heard.

“Speaking up and saying ‘people don’t belong in jail’ is not always a welcome statement,” Bauerkemper said. “There is a lot of interest in keeping people in jail. Judge Becerra posted his budget had to include $4 million just for the cost of keeping the prisoners we cannot fit in our jail. Four million dollars to pay to other counties to keep the people we do not have room for.”

“Black people are overly represented in the criminal justice system and that is not something we have got to keep talking about, it is for real and not for play,” Cooke said. “San Marcos officials who do not see what they have done is a continuation of injustice on black and brown people need to be out of office. Vote them out of office. If they do not understand this is something that is criminal, they can cheat to allow this behavior to happen by the police department. Vote their asses out of office.”

“In the loads of questionnaires that get sent out each election season, you would hope an issue somewhat important to San Marcos would get a little more publicity,” Baker said. “That is why it is so important for some organizations like Mano Amiga, Texas Rising and MOVE Texas to get out here and bring awareness to this issue. When we look at the inconvenience—as some people would like to frame it—of sitting in jail, we need to recognize it is not just an inconvenience, it changes lives. It takes away opportunities from them and their families.”

Following community conversations, attendees were encouraged to participate in an art project where they were able to write down obstacles that have held them back on strips of paper. Each strip was attached to another, forming a chain link that was later broken, symbolizing “breaking the chains holding us down.”

In pursuit of NFL career, Haydel defies the odds

Never highly sought after but now in the driver seat of his future, Jeremiah Haydel is geared up and ready to take on the NFL with a full head of steam.