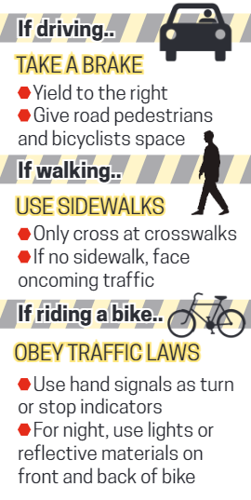 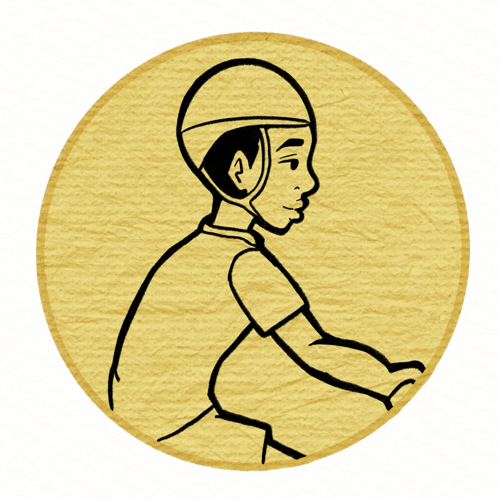 Those wanting to increase fitness in the New Year by bicycling ought to be aware of the laws and cautions of cycling as traffic fatalities in Texas rise.

According to the Texas Department of Transportation (TxDOT), in 2021, 2,266 traffic crashes involved bicyclists, totaling 92 deaths. These results indicate a 12% increase in fatalities compared to the past year.

Curtis Smith, a math and construction science junior, and Amanda Murillo, a photography junior, who recently began cycling to and from campus together have already experienced dangerous encounters on the road.

"If you're on a sidewalk, someone might be turning left at a crosswalk and they don't see any pedestrians. That's how I've almost gotten hit," Smith said. "That's my fault for being on the sidewalk. I've had a lot of close calls, it's definitely scary but you also realize you probably shouldn't be doing that."

According to TxDOT, the top contributing factors in crashes are driver inattention and failure of yielding the right of way at stop signs.

Bicyclists are protected under section 551.10., rights and duties of the Texas Transportation Code, which states they are to be treated like drivers operating a vehicle.

The rules of operating a bicycle also apply to mopeds, golf carts and other low-powered vehicles according to Texas transportation codes.

San Marcos police officer Jack Williams said he has seen an increase in cyclists around town, especially with the newer bike lanes added since Feb. 2022.

"It's very beneficial to them and because people walking on the sidewalks don't have to take a chance of you being hit by a bicycle or what have you," Jack said. "I like the idea of having a designated lane for bike activity."

TxDOT’s recent campaign "Be Safe. Drive Smart." was created to promote education for safety surrounding driving, cycling and walking in hopes of preventing pedestrian and bicyclists fatalities and injuries.

“Year after year, we’re seeing fatalities from traffic crashes involving pedestrians and bicyclists climb,” TxDOT Executive Director Marc Williams said in a press release. “Each of us has a shared responsibility to help reverse this trend. Whether you’re behind the wheel, on foot or riding a bicycle, we’re asking all Texans to be safe and smart, and that starts with obeying traffic laws.”

Texas law requires drivers to stop and yield to pedestrians and bicyclists and if operating a bicycle, one must always stop at red lights and stop signs. Using hand signals, proper lighting at night and riding in the same direction as traffic are also some of the state regulations.

Where there are no bike lanes, riders must ride as close to the right-hand curb as possible. Williams believes awareness of biking laws is essential to protecting others on the road.

"It's very important, no different than when you get your driver's license to drive a car, you have to go through driver safety and all that. I think the same thing if you're going to ride a bicycle in the roadway," Williams said. "You should also have some awareness of the safety, the rules of the road. Hopefully the better choices are made."

Those who disobey these laws can face criminal penalties such as probation requiring the completion of driving safety courses and fines up to $200. The San Marcos Police Department's main focus is to help and not prosecute.

"I don't recall ever having to take enforcement action against a bicyclist with the exception of if they call us for a crash or if they hit somebody or something like that where it was clearly their fault or they didn't obey the laws of the road or just being unsafe about what they're doing," Williams said.

According to TxDOT, pedestrians and bicyclists count for one in five traffic deaths. For frequent cyclist and Galaxy Bicycle bike mechanic Ram Moore, knowing the laws are important but understanding when they work best is key.

Moore said the biking community in San Marcos is very active and there is space for all those interested in riding.

"San Marcos has a pretty strong cycling community, there's various different group rides that happen around town, different sort of pockets of people. A lot of people know each other, there's a good sense of community here," Moore said.