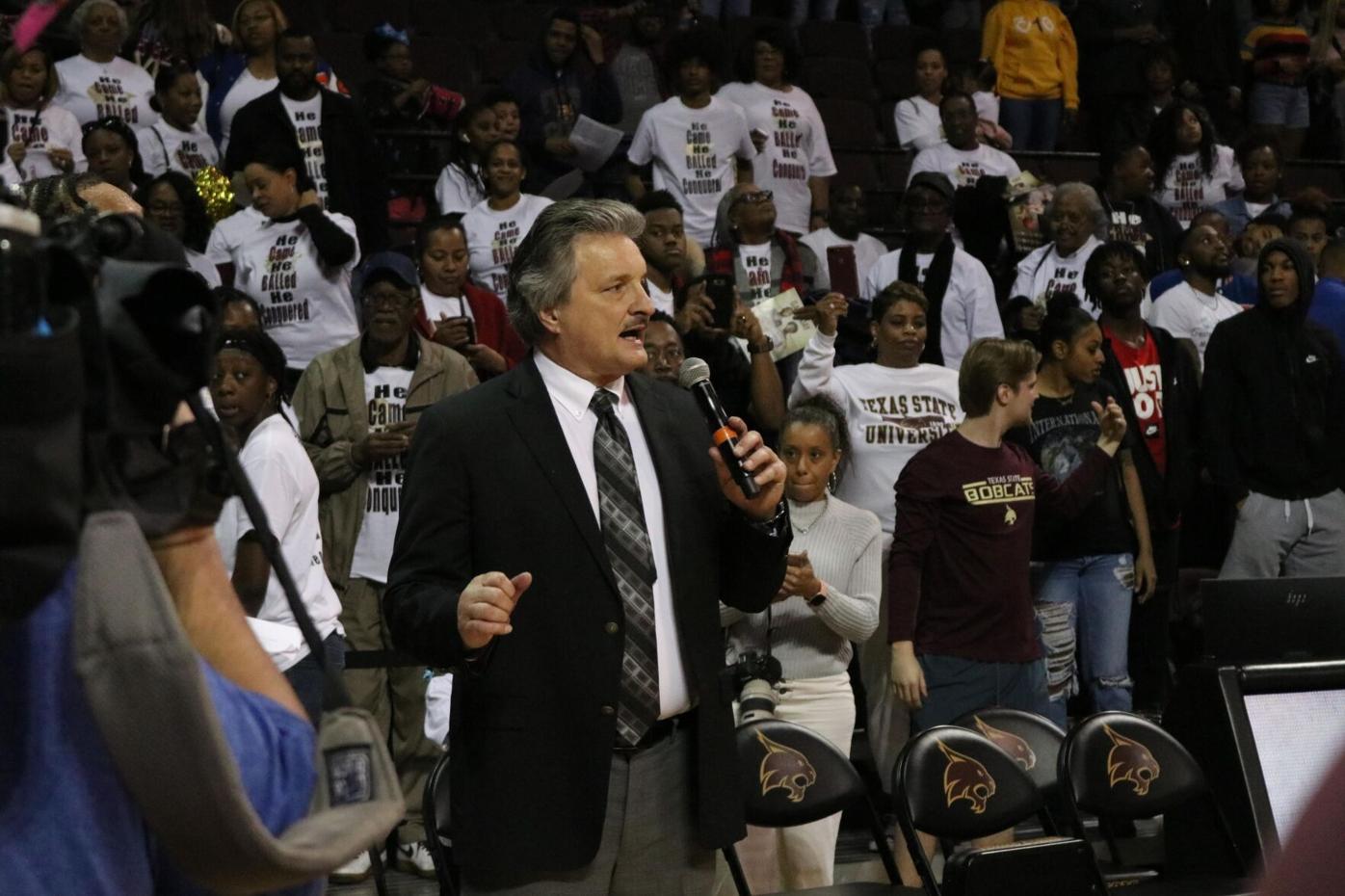 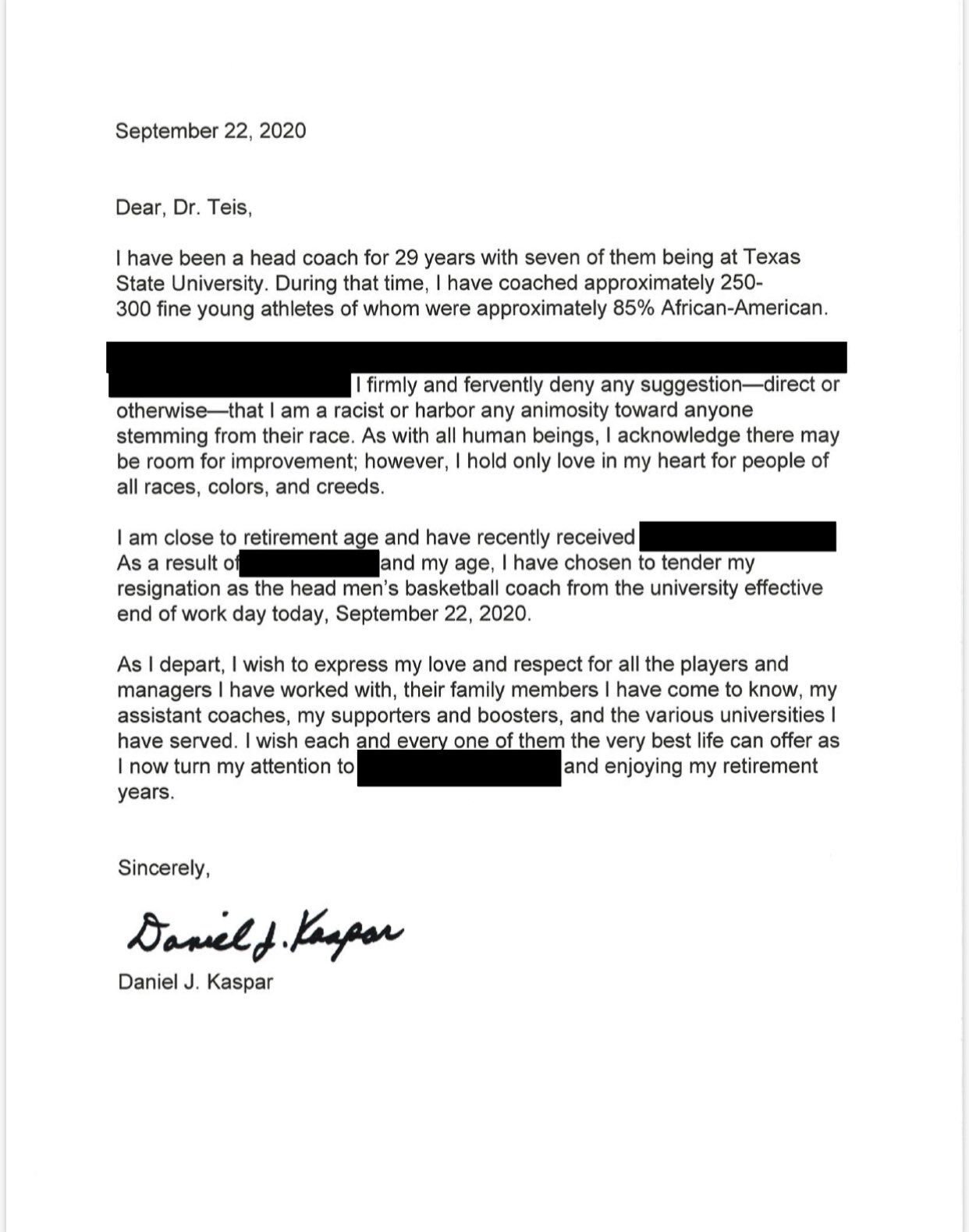 In the letter addressed to Athletic Director Larry Teis on Sept. 22, Kaspar, under investigation after he was accused of making racist remarks to former players, denies that he is racist, adding that he holds “only love” for people of "all races, colors and creeds." He also mentions that, in part due to his age, he decided to retire following his resignation.

"As with all human beings, I acknowledge there may be room for improvement," Kaspar wrote in the letter.

The details of the investigation have yet to be released.

Former player Jaylen Shead in June claimed Kaspar abused his power “on a daily basis,” to the point where the team “became numb as it was normal.”

“I personally find these allegations deeply troubling,” Teis said in a statement June 5. “I, and the entire Department of Athletics staff, take the concerns expressed by our former student-athletes very seriously.”

The same day, University Provost Gene Bourgeois told The University Star the allegations are a serious matter that “in any time, but especially these times, the university must take extremely seriously.” Texas State launched an official investigation June 12.

All Title IX-related incident reports to the Office of Equity and Inclusion are forwarded to Title IX Coordinator Alexandria Hatcher. Hatcher evaluates reports and decides whether or not an investigation is necessary.

The Office of Equity and Inclusion reaches out to the complainant, Shead, to offer resources and gather information. The department staff then notifies the respondent, Kaspar, of the investigation. The investigation, which includes interviews, witnesses and a “written report of all documented evidence,” then takes place.

Teis then has 15 days to make a decision. Following the results, Kaspar can appeal the sanction, if any, but not the outcome.

The university did not address the allegations or the investigation again until a Faculty Senate meeting Sept. 2, where President Denise Trauth said she had “no input” into the investigation and that Hatcher was handling it. Trauth and Vice President for University Administration Lisa Lloyd said Kaspar was away from the team and on “leave with pay.”

After concerns raised by faculty about a lack of transparency from the university, Lloyd falsely stated the university community had been notified of Kaspar’s most recent status at the time.

“We came out immediately and said [Kaspar] was suspended, and he could not contact players,” Lloyd said. “That has always been the case, and we were very explicit at the very beginning about that, and that has never changed. We can’t comment on the case. You know, there is just nothing to add, and we have responded to the media [and] said it is still ongoing.”

Lloyd returned a few weeks later to apologize for her mistake.

Kaspar, who arrived in 2013, resigned from Texas State with an overall record of 119-109. His team finished the 2019-20 season with a record of 21-11 (13-7 in conference). The Bobcats were slated to play in the semi finals of the Sun Belt Conference tournament before it was canceled due to the COVID-19 pandemic.