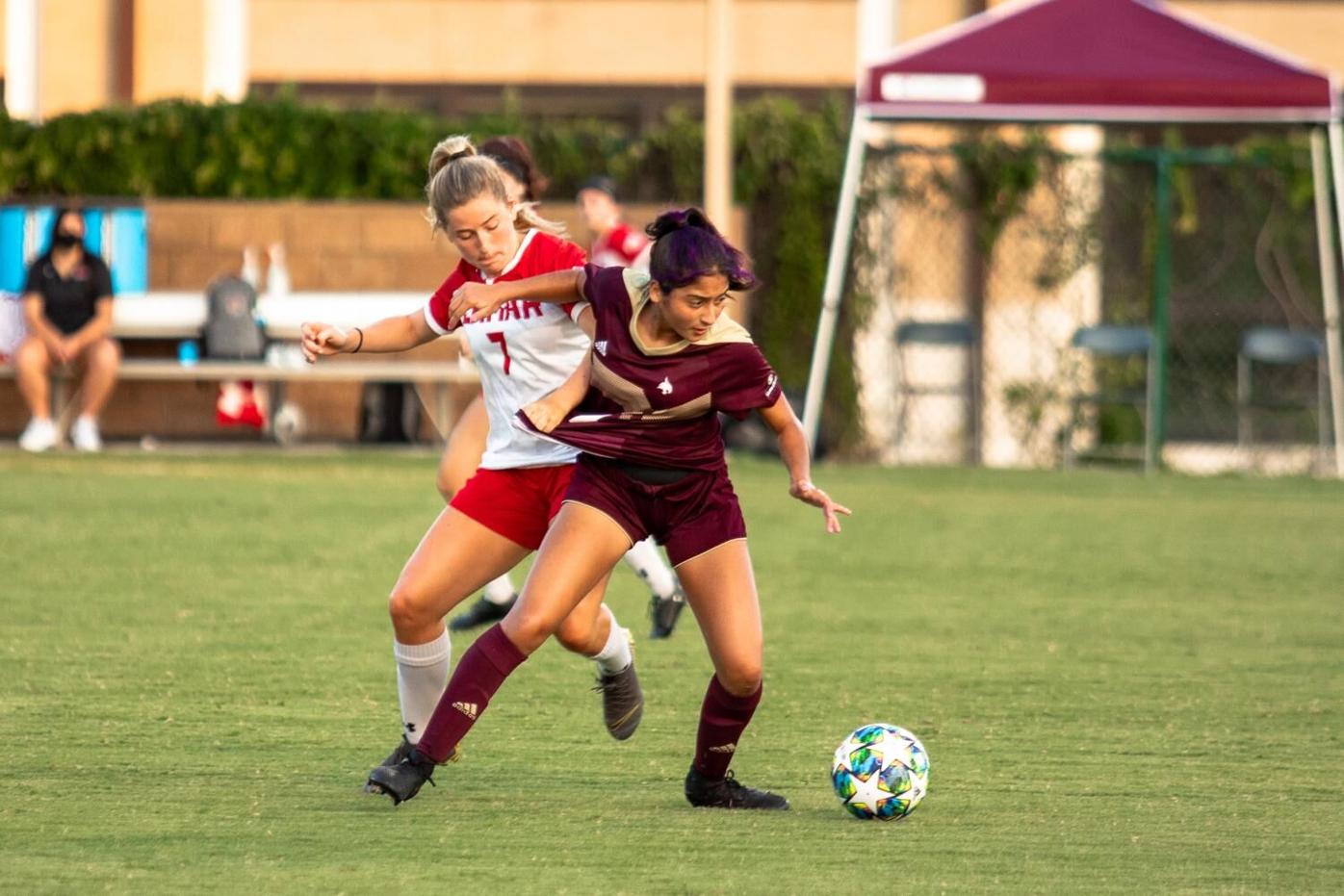 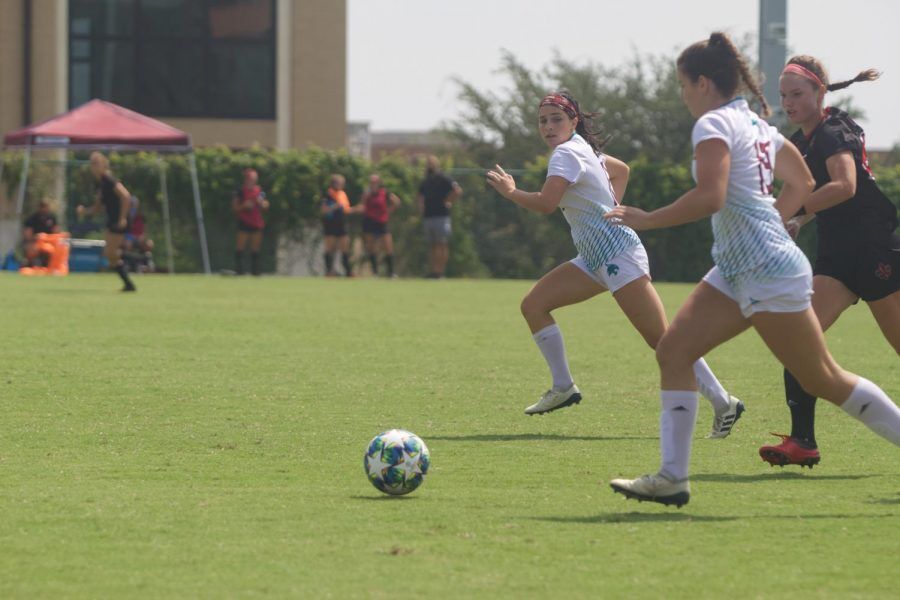 Texas State junior midfielder/forward Ally Kewish (12) and freshman forward/midfielder Haley Shaw (19) work together to get the ball down the field while University of Louisiana at Lafayette junior forward Lizzie Mayfield (22) is close behind, Sunday, Sept. 20, 2020, at the Bobcat Soccer Complex. Photo credit: Michele Dupont

Texas State junior midfielder/forward Ally Kewish (12) and freshman forward/midfielder Haley Shaw (19) work together to get the ball down the field while University of Louisiana at Lafayette junior forward Lizzie Mayfield (22) is close behind, Sunday, Sept. 20, 2020, at the Bobcat Soccer Complex. Photo credit: Michele Dupont

In 2019, Little Rock had an overall record of 5-8-6. The Trojans fell short to Central Arkansas in their 2020 season opener, losing 0-1. The team failed to get off enough shots in the match, and when it did get shots off, many were off target as the team had only three of ten shots on goal.

The last matchup between the two teams, in 2019, ended in a draw. The year before, Little Rock defeated Texas State in the Sun Belt Tournament, 6-5, on penalty kicks.

Arkansas State finished last season with an overall record of 11-6-4. The Redwolves began the 2020 season defeating Central Arkansas 2-0, followed by a dominant 6-1 victory in their home opener against the University of Louisiana at Monroe. Arkansas State is led by the reigning Offensive Player of the Week, junior midfielder Hailey Furio, who registered two goals in the team’s victory over ULM.

The teams last met Nov. 6, 2019, in the Sun Belt tournament, when Arkansas State won the matchup 4-1 with penalty kicks.

This road trip comes after the Bobcats secured their first win of the season Sept. 20 against Louisiana Lafayette (2-2-0 overall, 0-1-0 in Sun Belt), scoring two late goals to secure the victory.

Against Louisiana Lafayette, Texas State was led by sophomore forward/midfielder Kiara Gonzales who finished the game with one goal and one assist. Freshman midfielder Emma Jones and junior midfielder Ally Kewish both contributed one goal each.