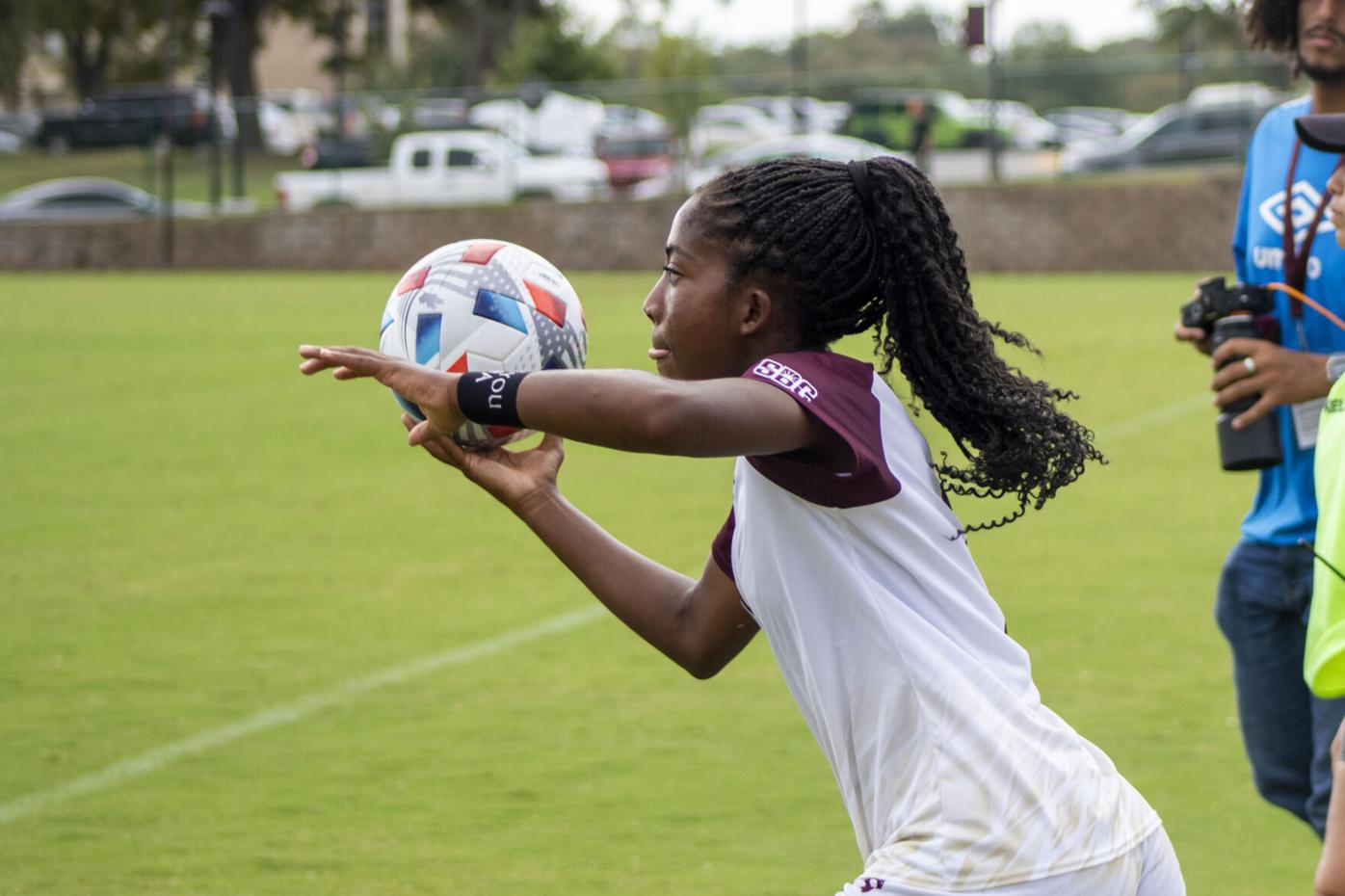 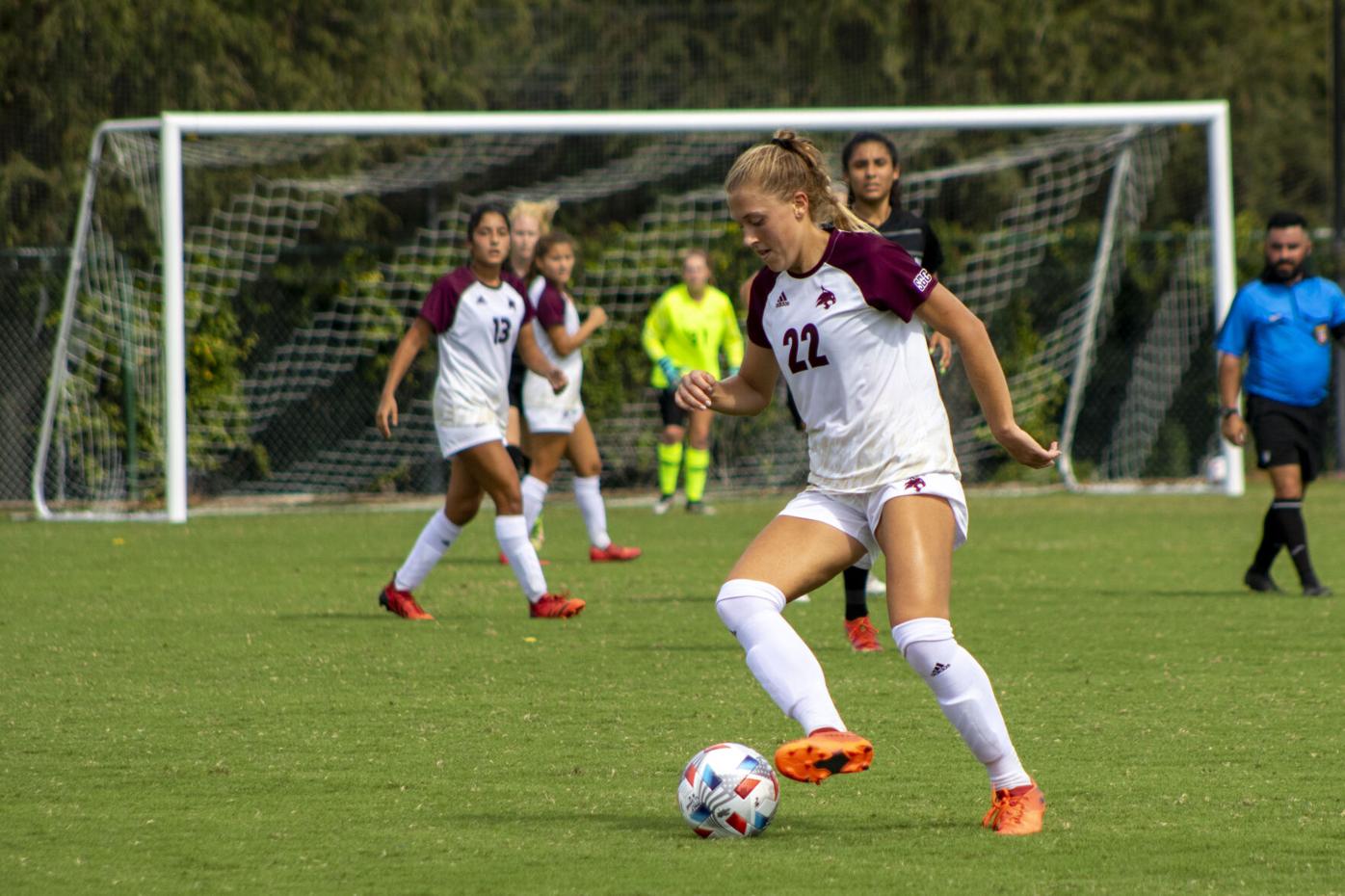 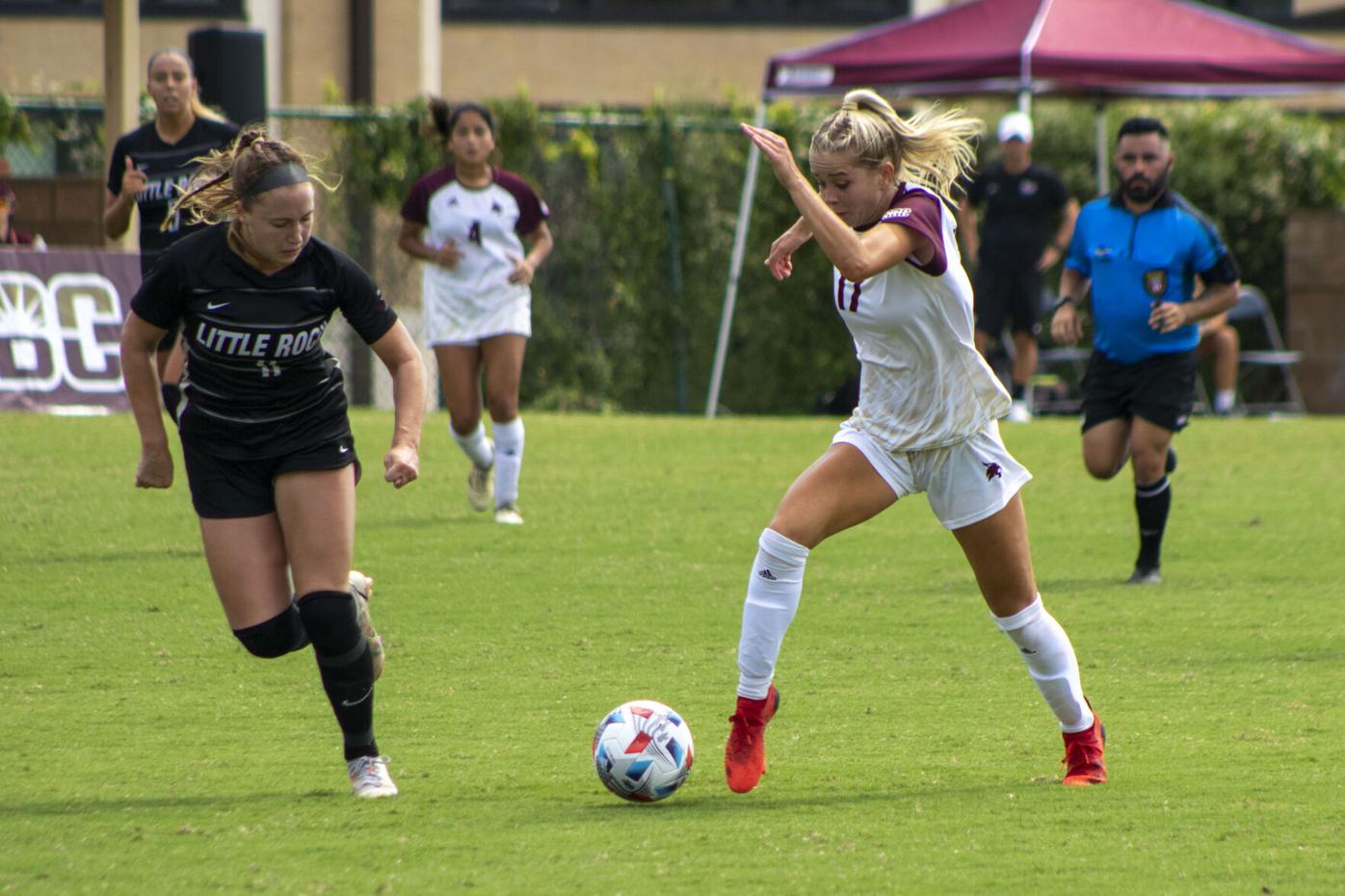 The match against Little Rock was a physical and chippy contest, with players, coaches and fans alike showing frustration. There were 20 fouls called in the match, 12 of which were against the Bobcats.

Junior midfielder/forward Kiara Gonzales said a gritty win like this is a sweet way to end a losing streak.

“Especially after Friday night’s game, a win like this is definitely something that we needed,” Gonzales said. “It just makes it worth way more than what it is.”

The Bobcats held the advantage early on in the match, getting off two shots (one on goal) and three corner kicks by the 14th minute. The Trojans gained some momentum in the 15th minute when Gonzales collided with Little Rock sophomore goalkeeper Saskia Wagner while fighting for the ball. Gonzales received a yellow card warning for the collision.

The teams continued to trade attacks but neither one scored a goal before the halftime whistle. Both Texas State and Little Rock got off seven shots, but the Bobcats were more accurate with three on goal (two by Gonzales) while the Trojans had none on goal.

Texas State was once again in control to start the second half. Just 10 minutes in, junior midfielder Bailey Peschel sent a long pass over the Little Rock defense to Gonzales. Gonzales timed her run to receive the pass and put the ball in the net for her team-high fourth goal of the season, giving the Bobcats a 1-0 lead.

Head Coach Kat Conner said she likes for the Bobcats to score the first goal as it usually leads to more goals.

Peschel found herself involved in another goal, 25 minutes later, this time putting the ball in the net instead of delivering a pass. Sophomore midfielder Mya Ulloa got the ball to Peschel in just the right spot to put Texas State up 2-0 with 10 minutes left in the match.

Just when it began to look like the Bobcats would walk away with the win and a clean sheet, senior defender Natalee Geren of Little Rock scored a goal in the 84th minute to bring the Trojans within one.

The Bobcats held on for the final minutes and walked away with the 2-1 win, ending a three-game losing streak.

This match marked Little Rock’s first conference loss of the season and after the game, Peschel said that it was her team’s heightened sense of urgency that allowed them to win.

“I think we were fired up and ready to play today,” Peschel said. “We have something to prove, and I think from here on out we are focusing on starting games off strong and going all the way to the final.”

This win came at a great time for Texas State. After losing to Arkansas State, the team needed to rebound going into the final stretch of the regular season.

In the game against the Red Wolves, Arkansas State came out aggressive and controlled the majority of the possession early in the match. However, as the game progressed the Bobcats saw more and more of the ball, culminating in a goal by Gonzales in the 25th minute.

In the lead-up to the goal, Ulloa attacked down the right-wing and fired off a shot that ended up bouncing off the crossbar back into play. Gonzales was in the right place at the right time to secure the rebound and score, putting Texas State up 1-0.

Each team saw a few more scoring opportunities in the half but were unable to convert before halftime.

Out of the break, Texas State did well controlling possession and had three corners by the 52nd minute. A failed clearance in the 55th minute resulted in Arkansas State’s second goal of the night, this time scored by freshman forward/midfielder Emma Riales.

In the 70th minute, the Red Wolves made good use of the counterattack by clearing the ball over the Texas State line. Freshman midfielder/forward Aliyah Williamson beat the Bobcat defenders and kicked the ball high over sophomore goalkeeper Beth Agee to put Arkansas State up 3-1.

The Bobcats had a few good attacks left in them, firing off shots from long range, but were unable to score again and lost 3-1.

Going into the final few games of the season, the Bobcats only have a few more opportunities to improve their position before the Sun Belt Conference Tournament begins on Nov. 1. Following the win against Little Rock, Conner emphasized the importance of these next games.

“I told them it was Bobcat time,” Conner said. “Meaning it's time, it's time to put it together. You can’t hold back. This is the end of the season and you gotta make a run for it and that’s what we’re trying to do.”

Texas State will travel to Statesboro, Georgia for its next contest against Georgia Southern University (8-4-2 overall, 3-1-1 Sun Belt) at 5 p.m. on Oct. 8. The match will be streamed on ESPN+.