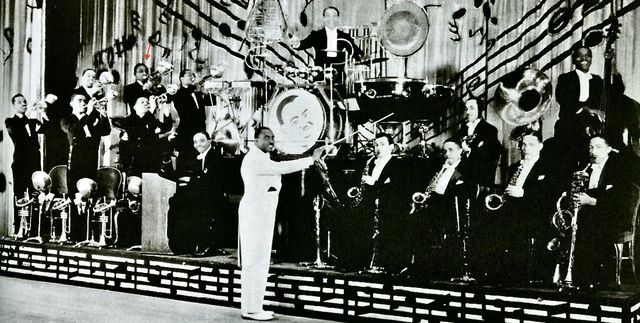 Bandleaders would often hire Durham to choreograph their brass section, due to his musical talent. 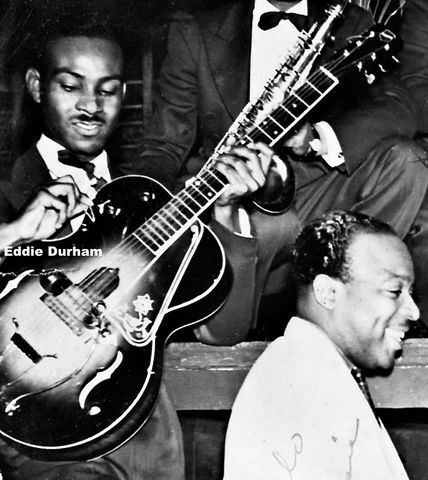 Durham created techniques off of both the trombone and guitar. In 1935, he became the first person to record an amplified guitar on record.

Through the help of historical news articles, flyers and transcribed radio interviews, along with personal family and peer interviews, Topsy M. Durham has created a comprehensive piece of literature enclosing the life of Eddie Durham (1906-1987) and his musical family.

“I knew the subject. I knew the topic. I just had to get in there with what I knew and then find even more,” Topsy M. Durham says. “I wanted to write something of my own to really tell this story.”

Eddie Durham was a jazz trailblazer and San Marcos native recognized for his musical abilities. He is credited as the first person to record an amplified guitar on record in 1935.

When writing the book, Topsy M. Durham says it was a challenge to gather information on her father as most of it was published decades ago. She also struggled to find verifiable information during a period in her father's life when he was less active in the music industry to take care of his family.

“A lot of things were from the 1930s and 1940s and 1950s before I was born, so I had to get information from other sources,” Topsy M. Durham says. “A lot of the things my father told us about his life such as about his time in Texas as kids were great stories but, in order to write this book, I needed to verify as much as I could through official sources, like newspaper articles, not just what other people said because I wanted to make sure I was being accurate.”

Despite how difficult it was to find, there was an abundance of information about his life and endeavors available — a testament to how broad his talent was. Topsy M. Durham says her father played both the guitar and trombone and invented techniques off both instruments.

"On top of that he was hired by bandleaders to choreograph their brass sections, so it was easy for me to write and put together this book," Topsy M. Durham says. "My dad was such a likable person. He was really sweet, and he never yelled. He always had something new and interesting going on.”

As a Black man in the south during segregation and racism, Topsy M. Durham says it was interesting to learn about all the hardships her father overcame. She says one of the only ways for Black people to find relief during those times was through music.

“Back then if you could perform, you’d better get out there and do it because what else really was there for them? There really was nothing other than sharecropping or war," Topsy M. Durham says.

While simultaneously dealing with the harsh realities of life for a person of color at the time and becoming one of the most inspirational figures in jazz history, Eddie Durham always considered himself a person who was just doing what he loved.

Laurie Jasinski is the project manager for the Handbook of Texas Music, a nonprofit aimed at appreciating, understanding and teaching Texas history. Jasinski believes Eddie Durham holds a long-lasting legacy in the music industry.

“If I were to call him something, I would really call him a pioneer. He was a musical and arranging pioneer and also really a pioneer in terms of recording the electric guitar,” Jasinski says. “When looking at all things that were important and significant to Texas, Eddie Durham really stands out as one of the pioneers, not just for Texas music but really in the world of music in general.”

Jasinski believes the release of "Swingin’ the Blues - The Virtuosity of Eddie Durham” is a great and welcoming addition to the sources available for music history.

“I was so thrilled to hear about the book; it's so nice to see that there's still ongoing study about him, and the fact that this is by his daughter is even better,” Jasinski says. “I’m excited to see that we may now have a lot of family stories or previously unknown information. I think that's just great.”

Eddie Durham’s influence on the music industry and in Black communities across the country is apparent to those who were familiar with him and his work.

“He, of course, was born in San Marcos, so he had that tie to Central Texas, and for a number of African American jazz bands or swing bands at the time, he was known as a great arranger,” Jasinski says. “He would arrange big band music a lot in the field of jazz and in the field of blues, so there were a lot of key African American bands that he worked for and influenced.”

“There are also other key Anglo or white big bands, which were very famous in the era that he arranged and composed for," Jasinski says. "One was led by Glenn Miller, who was a famous bandleader in the '30s and early '40s, and there was a song that Eddie Durham directly contributed to as an arranger; it was called 'In The Mood'.

Eddie Durham's lasting impression is commemorated through San Marcos landmarks, such as Eddie Durham Park, as well as installments at the Calaboose African American History Museum.

Linda Kelsey-Jones, a member of the board of directors for the Calaboose Museum, believes it is important to commemorate San Marcos natives, like Eddie Durham, who have achieved great and inspiring success.

“San Marcos doesn’t have a lot of famous people born here. Eddie Durham was one of the first that we’ve had, and we try to make the most of that,” Kelsey-Jones says. “It’s inspiring to feel like you have a connection with someone who had such a great influence on music, which is something a lot of people care about.”

Kelsey-Jones says the story of Eddie Durham’s success and influence can also serve as inspiration for the San Marcos community and those encountering hardships in discovering their own success.

“A number of historians have claimed that Eddie really was a musical genius, and I think it’s important for the Black community to have examples of heroes who excelled at times while things were still segregated,” Kelsey-Jones says. “White musicians appropriated Black jazz and swing music and claimed it was theirs despite the history being obviously traced to Black people but, in the end, the history speaks for itself.”

Eddie Durham’s true passion for music, however, is what Kelsey-Jones thinks is an important aspect of his musical virtuosity.

“There’s something to be said about a person that just does what they do because they love it,” Kelsey-Jones says. “And I think character is harder to come by than [being a] genius, and Eddie Durham was a man who had both which is what makes his life so truly inspiring.”

For more information on Eddie Durham and “Swingin’ the Blues - The Virtuosity of Eddie Durham”, visit @OfficialDurham on Twitter or the Durham Jazz website.