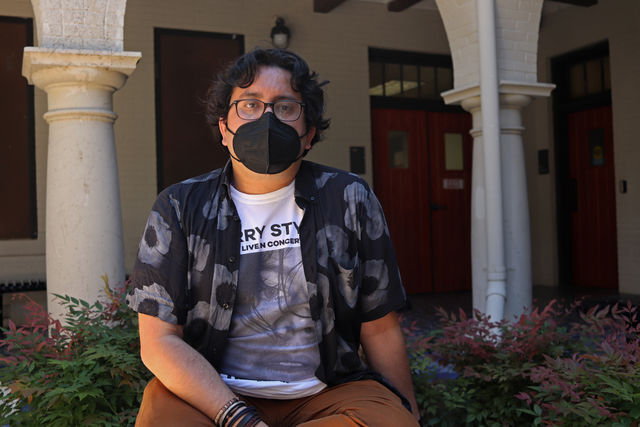 Dr. Louie Valencia poses for a photo, Thursday, May 6, 2021, at Taylor Murphy Patio. 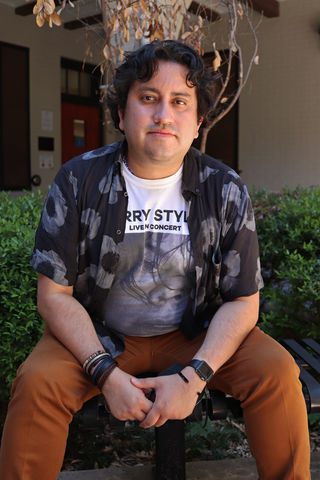 Dr. Louie Valencia poses for a photo, Thursday, May 6, 2021, at Taylor Murphy Patio.

In an effort to foster a more inclusive and affirming college experience for all students, Texas State faculty, staff and students are in the early stages of working to develop a queer studies minor at the university.

Dr. Louie Valencia, an assistant professor of digital history, is leading the efforts to create the queer studies minor. He says there are some queer curriculum-based classes, such as Queer Youth History along with Communication and Gender, offered on campus. The queer studies minor, however, would compile those classes into one group, making the classes more accessible to interested students.

As part of the early development stages of the minor, an interest check form has been sent to department chairs and college deans in hopes to sign on professors who teach a majority (over 50%) of queer subject matter. Interested faculty can also submit pitches for class ideas related to the minor on the form.

“I’ve gotten responses from every college on campus,” Valencia says. “So many really good faculty members and staff members are invested in an idea of a queer studies minor.”

As the minor moves through its early phases of development, Valencia has garnered the support of several Texas State faculty and staff members, including the Dean of the College of Education Michael O’Malley who is assisting with outreach and planning. O’Malley also serves on the LGBTQIA+ Advisory Board and Resource Network at the university.

O’Malley says for the purpose of the minor, “queer” is used as an umbrella term to include all persons across differences of sexuality, gender identity and gender expression. He hopes that the queer studies minor will support students who have not always felt visible in their day-to-day lives.

“Queer students identify in all different kinds of ways. Some say ‘I’m queer’, some say ‘I’m lesbian’, ‘I’m gay’, or people identify as transgender or gender non-conforming,” O’Malley says. “This big umbrella concept includes a lot of people and identities and communities that have been historically marginalized by gender or sexuality.”

Valencia says a minor like this is important is to help ensure that queer students are part of every educational discussion, no matter the academic field.

"We want business majors who are thinking about queer people in their conversation," Valencia says. "We want biologists and scientists thinking about 'How do we better care for queer patients?' We want education majors to think about, 'Well how do I try to bring queer topics into my second-grade classroom in a way that is natural?'”

Remy Piper, a computer science junior, is excited for the possibility of a queer studies minor and believes any chance to educate people on queer life and theory is a step toward creating a more inclusive environment.

They add queer people themselves are a very diverse group and come from all walks of life. Piper seeks to learn more about neurodiversity in the queer community, in hopes of helping those who are neurodivergent better understand and accept themselves.

“I think autistic people don’t perceive gender in the same way as non-autistic people," Piper says. "There is so many different perspectives in the autistic and queer communities. It’s [a] mind-bogglingly complex and definitely something I’d like to study more."

O’Malley says queer studies are not just about queer people. He believes the discipline is more focused on deconstructing how the sociological "normal" is created and challenges how society forms critiques of those who deviate away from that normal.

“Queer theory is not about having a theory about queer people, it’s more about making all theory queer,” O’Malley says. “It’s less about 'Let’s understand the queer person', it’s more about 'Why do we create these social constructs where people have to be regulated in their gender identity and sexuality?'”

The next step in the process will be to prove that the university community has an interest in the minor becoming an official part of the university catalog, starting with a two-day campus academic conference during the 2021-22 academic year focused on queer studies.

“We’d have a symposium with invited speakers, students can present research, professors can present research, we can have round tables... All of this would be with the point of being able to say 'X number of people showed up and attended', that means that there is a desire for this type of thing,” Valencia says.

Valencia says he is thankful for the outpour of support the campus community has shown, and he is excited for the potential to give students a safe space to learn about the queer experience.

If all goes according to plan, Valencia hopes the freshman class of fall 2021 will be able to declare themselves a queer studies minor by their junior or senior year of college.

“In [queer studies] you learn how to not just engage in these topics in an academic way, but it helps you have knowledge to be able to talk about representation, talk about what people experience and how to listen better to queer voices,” Valencia says.