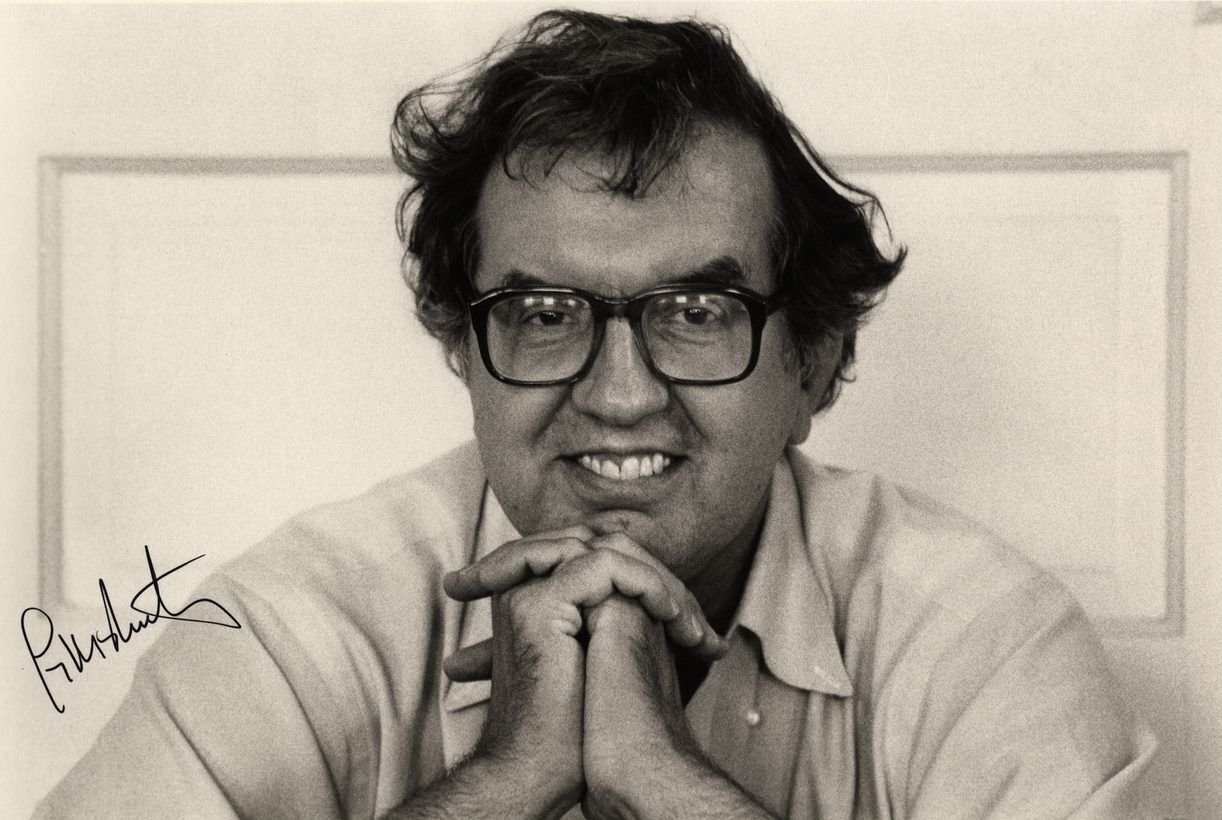 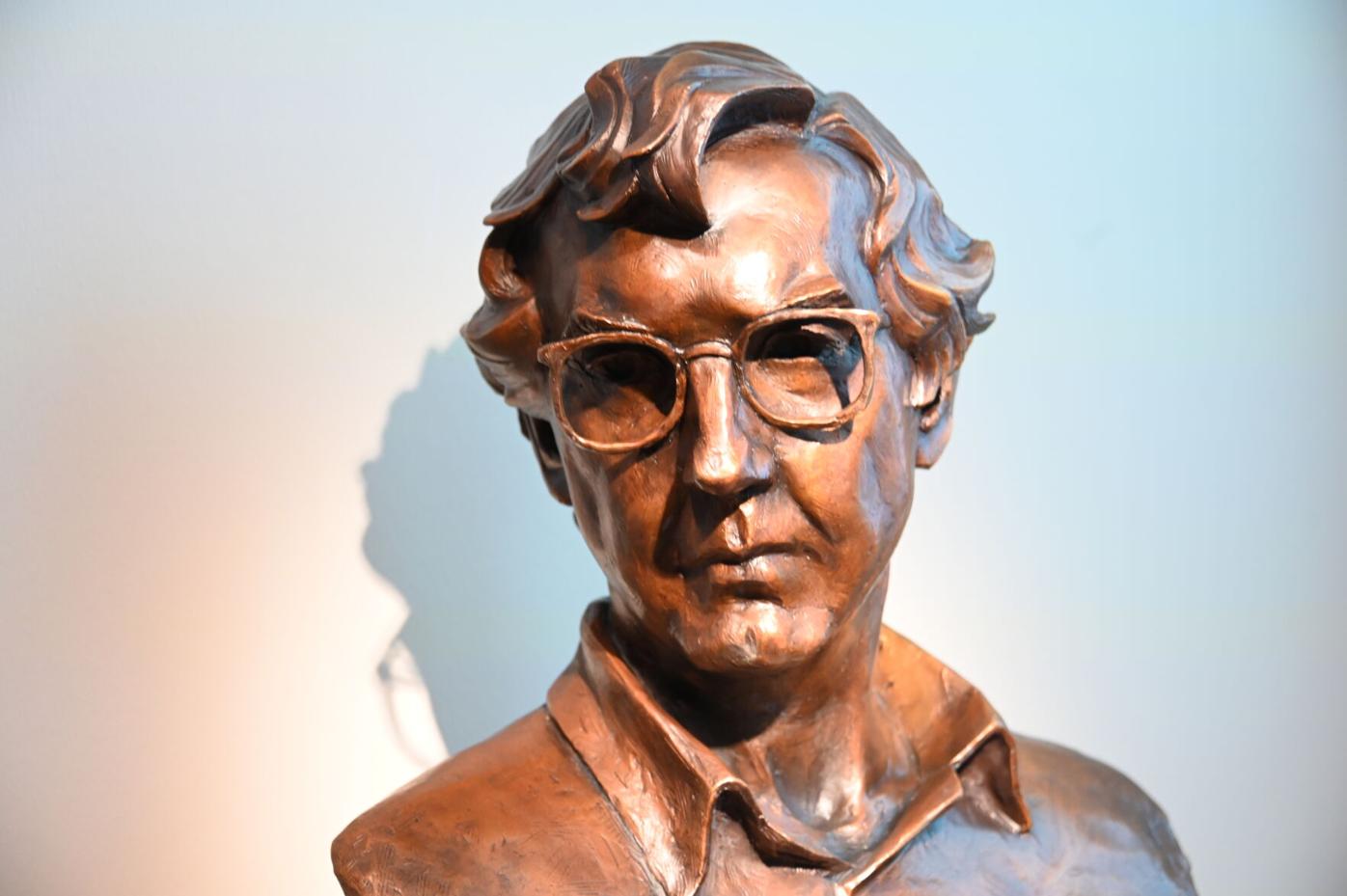 A sculpture of Larry McMurtry by Clete shields, Monday, April 5, 2021, at The Wittliff Collections. 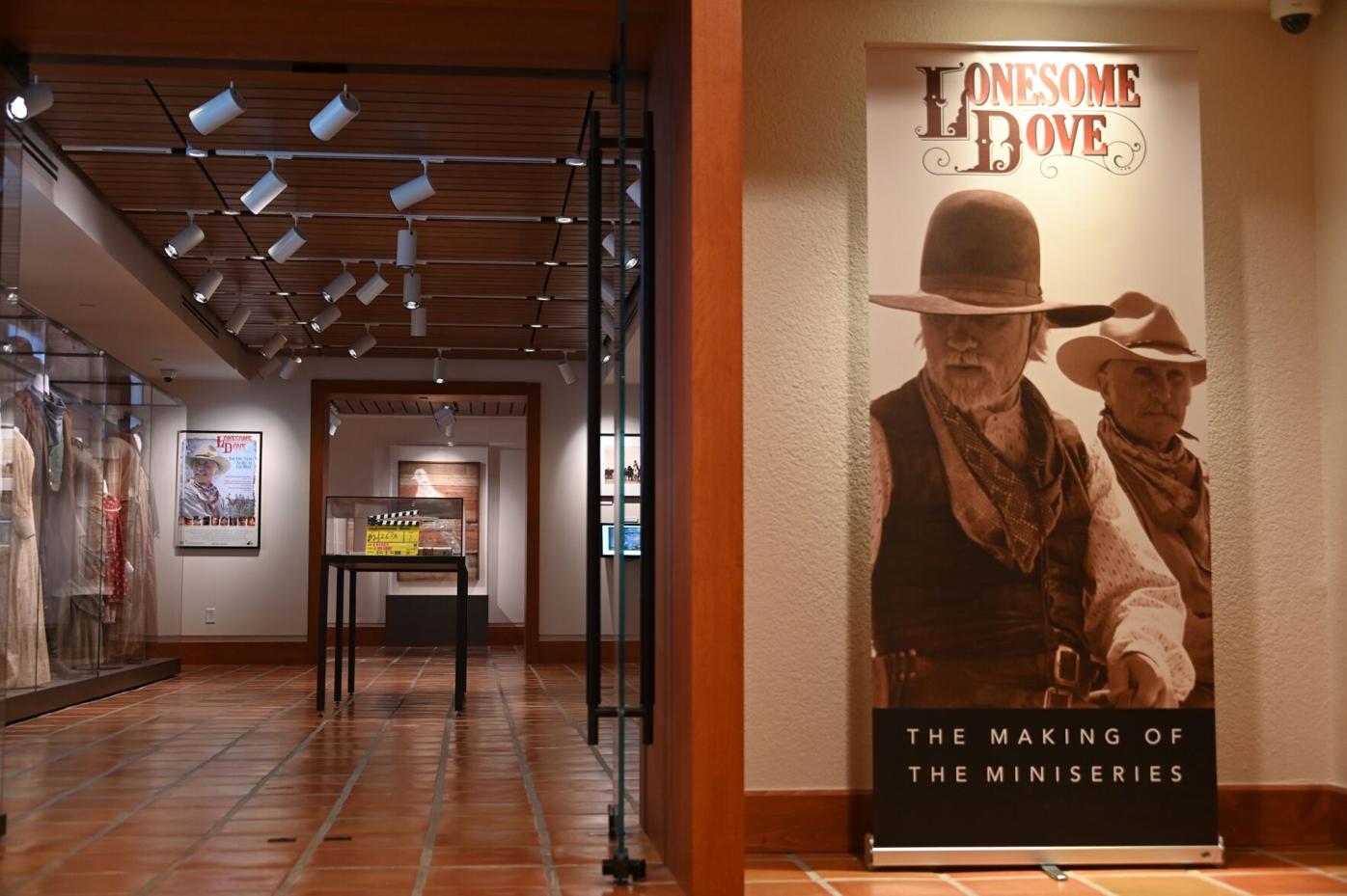 The entrance to the Lonesome Dove exhibit, Monday, April 5, 2021, at The Wittliff Collections. 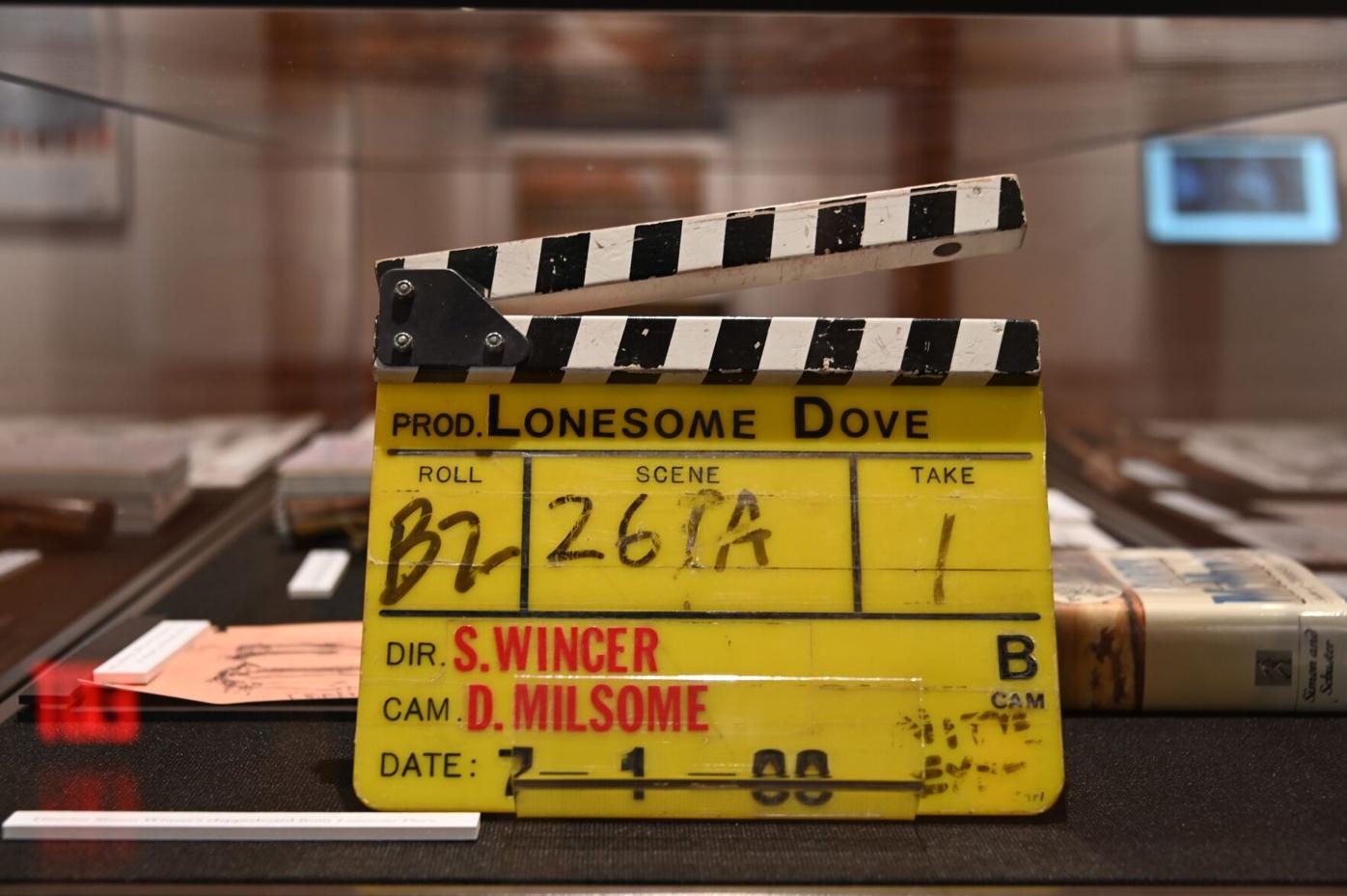 A slate from the production of Lonesome Dove sits in a display case, Monday, April 5, 2021, at The Wittliff Collections.

McMurtry, the author of works such as “Lonesome Dove,” “Terms of Endearment” and “Brokeback Mountain,” died on March 25 at the age of 84. The collection honors his works and influence on Texas culture.

Steve Davis, curator of the Southwestern Writers Collection in The Wittliff Collections, believes McMurtry was one of the most influential Texas writers ever.

“McMurtry is somebody who really translated the idea of Texas to the larger nation, and along the way, he de-romanticized a lot of the old cowboy myths and really showed the gritty harsh reality of Texas life but at the same time maintained a wonderful sense of humor,” Davis says. “Doing that really made it possible for people who were so used to being seen in mythological terms [to] seem much more human to the rest of the world.”

Davis says McMurtry’s innovative writing style impacted not only his readers but also the American literary community. He says McMurtry's work liberated readers from stereotypes while encouraging other writers to do the same.

McMurtry was also a strong supporter and generous donor of The Wittliff Collections as well as a longtime colleague of Bill Wittliff, the founding donor of the collections.

“The Wittliff Collection is one of the great crown jewels of Texas State University, and great Texas writers like McMurtry, who had a worldwide impact, [helped] draw many scholars to the archives we have,” Davis says. “Just knowing that we have a place that inspires and nurtures creativity and talent right here on campus is so valuable.”

Mark Busby, a distinguished professor emeritus and author of “Larry McMurtry and the West: An Ambivalent Relationship,” believes McMurtry was the best-known Texas writer of the 20th and 21st centuries.

“Many people used to roll their eyes at Texas literature," Busby says. "But after McMurtry, everybody had an idea that he was somebody who was going to change the way that the world looked at the literature of Texas.”

McMurtry's ability to write about Texas through a lens that addressed genuine flaws and concerns about life in the state separated him from other writers, Busby says.

“I think there are a lot of people who think of him as a diehard Texan, but he's far from that,” Busby says. “He actually had a jaundiced eye about Texas in many ways, which makes it somewhat ironic that he spent a lifetime writing about Texas. Most of his books have something to do with Texas and, oftentimes, they're very critical.”

Jenny Johnson, a Houston writer, discovered McMurtry when she was in high school. Prior to that, she did not think Texas was a place people would write about or "a place authors would be from."

"He wrote beyond the myths of Texas to create very real characters that were extremely lovable despite having flaws," Johnson says.

Johnson says McMurtry’s style of writing opened the door for a change in the way authors approached sensitive or unconventional topics. Though he wrote about "a lot of things," she says he did not write about everything, which she believes should serve as an encouragement to young people.

“Lots of people's experiences aren’t represented in his books,” Johnson says. “I would challenge young people and young writers especially, to look at McMurtry’s works and ask themselves, 'What can I do to expand the story of Texas to be more representative of its society today?'”

Michael Mooney, a contributing writer for The Atlantic, says McMurtry had a real impact on the ways society viewed life. He says "Brokeback Mountain," a film McMurtry co-wrote, significantly changed the way society thought about homosexuality and masculinity.

Mooney considers McMurtry’s ability to realistically portray the world around him as a gift — considering the way social media promotes and upholds unrealistic lives and standards.

“We try to make our lives look better than they are almost all the time, and that's just built into the way we communicate with each other these days,” Mooney says. “So, for him to not do that, and to truly do the opposite, to be gritty and realistic but also make it poetic, his message just launches off the page and transcends not only Texas culture but also modern American literature.”

“Texas has a lot of good authors historically, but very few are as talented, and even fewer are as prolific,” Mooney adds. “There's not a single professional writer, or even aspiring professional writer, in Texas who has not been touched and changed by the work of Larry McMurtry, even if it's indirectly.”

For more information about the McMurtry archive at The Wittliff Collections, visit www.thewittliffcollections.txstate.edu.