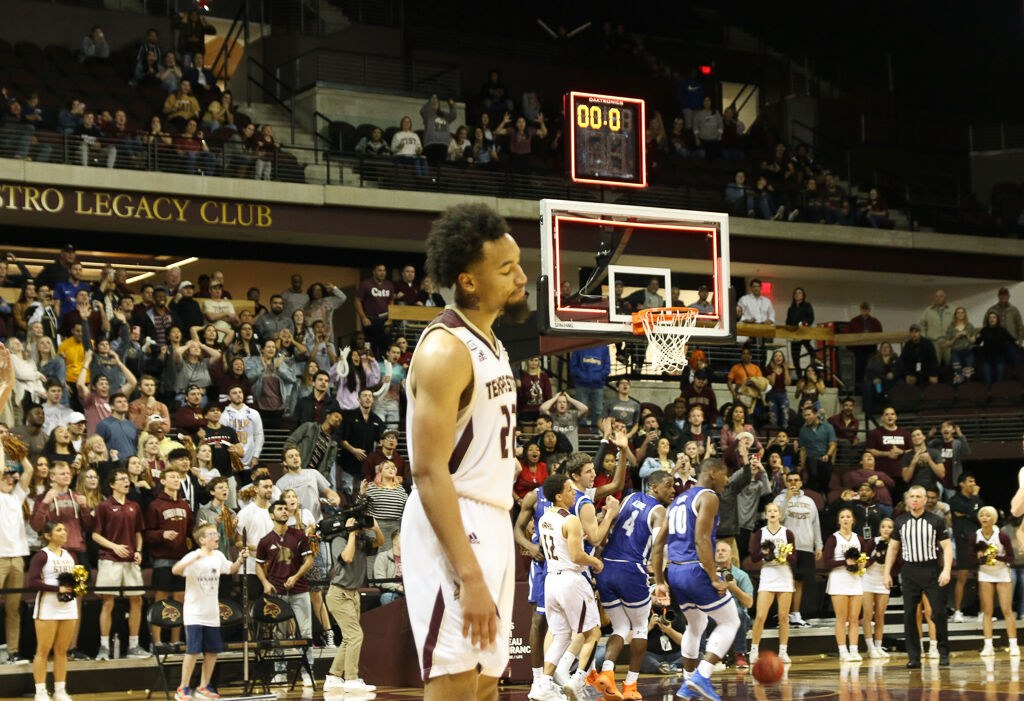 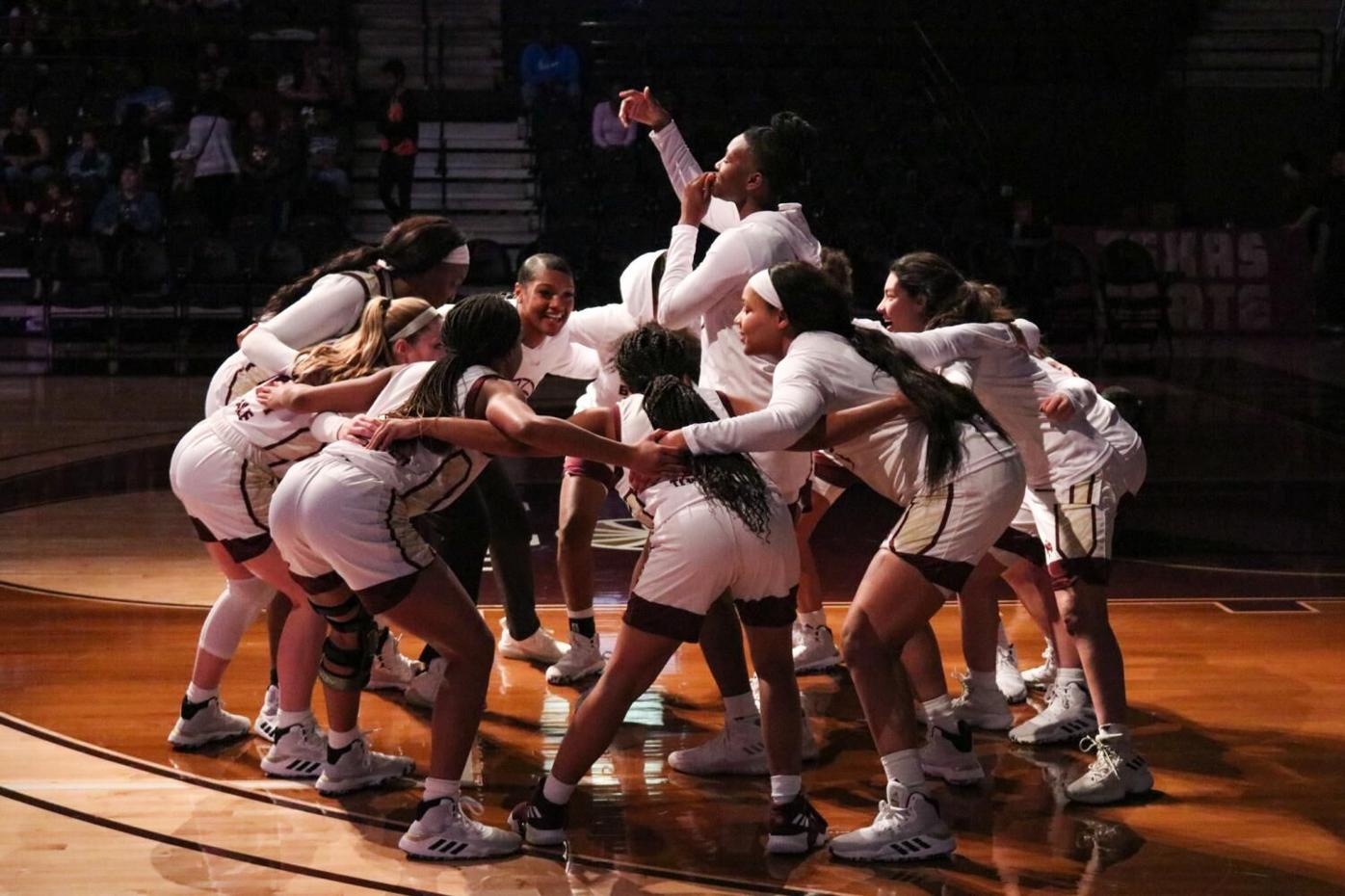 The Texas State Bobcats huddle and cheer before the start of a game against Georgia State, Saturday, Feb. 29, 2020, at Strahan Arena.

The Texas State Bobcats huddle and cheer before the start of a game against Georgia State, Saturday, Feb. 29, 2020, at Strahan Arena.

Editor’s Note: From May 25-29 and May 31-June 5, The University Star’s sports staff will break down its Top 10 moments in Texas State sports from this past school year.

A move that disappointed many sports fans, the Sun Belt announced March 16 all spring sports and practices would be canceled for the remainder of the 2020 season due to the spread of COVID-19.

The news came four days after the Sun Belt announced all spring sports would be postponed for the foreseeable future and that semifinal and final rounds of the men’s and women’s Sun Belt Conference Championship were to be canceled.

Men’s basketball was having a stellar season led by senior guard and Sun Belt Conference Player of the Year Nijal Pearson and was poised to make a deep run in the tournament. After securing the No. 3 seed in the conference, the Bobcats defeated Appalachian State 85-68 in front of the second-largest crowd in Strahan Coliseum history.

After a lackluster season, women’s basketball was able to have closure, finishing with a record of 13-17 (6-12 Sun Belt) and losing to UT Arlington 50-74 in the first round of the conference tournament.

Texas State baseball was hitting its stride with seven straight wins and a conference-leading record of 14-4—their best start since 2011. Softball was also off to a solid start sitting in second place in the conference with a record of 15-9, including a 3-2 win against nationally-ranked No. 17 Minnesota.

Track, golf and tennis had just begun their season before news of the cancellation broke.