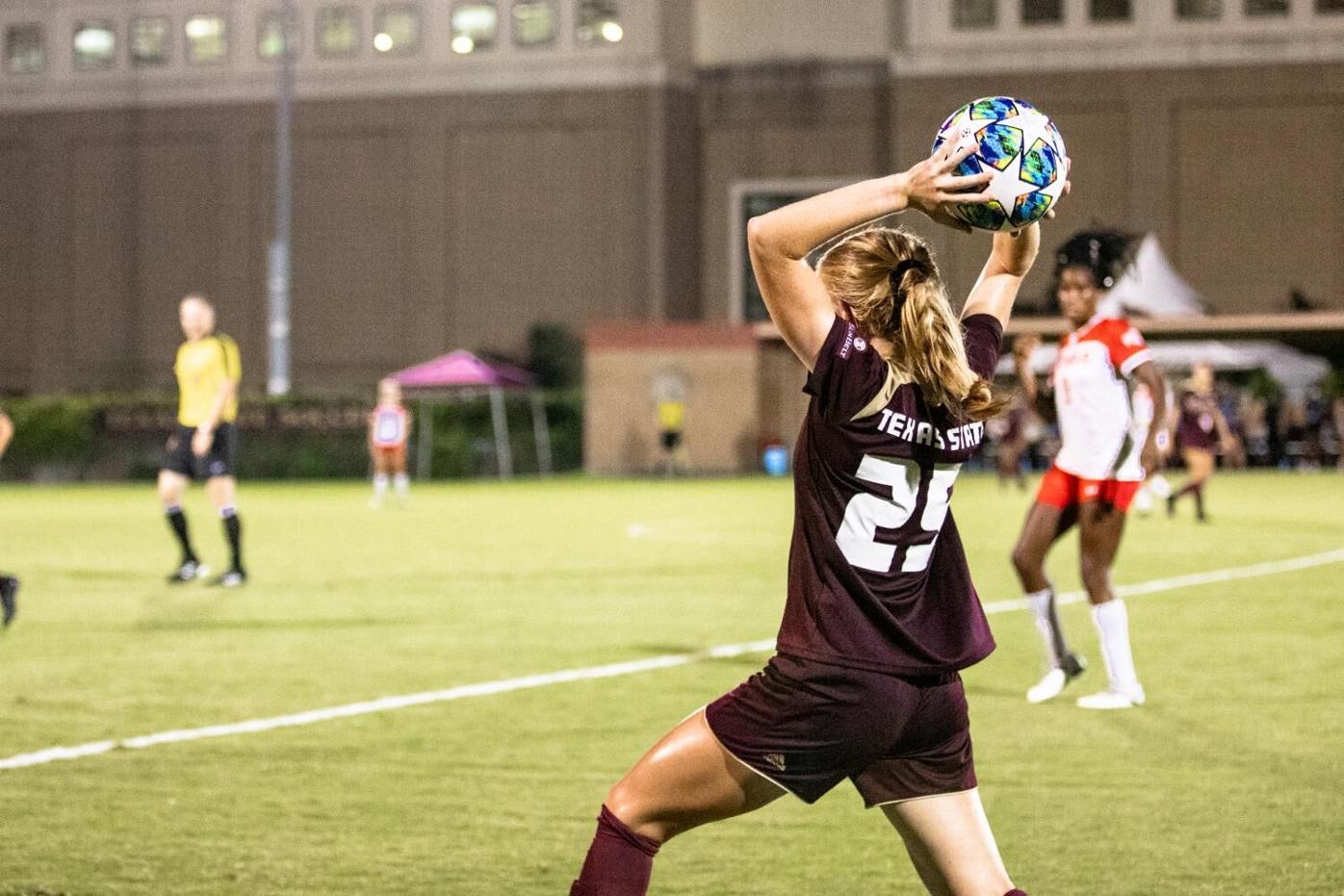 Texas State freshman midfielder Emma Jones (25) throws the soccer ball back onto the field to resume the game against Lamar University, Friday, Sept. 11, 2020, at the Bobcat Soccer Complex. 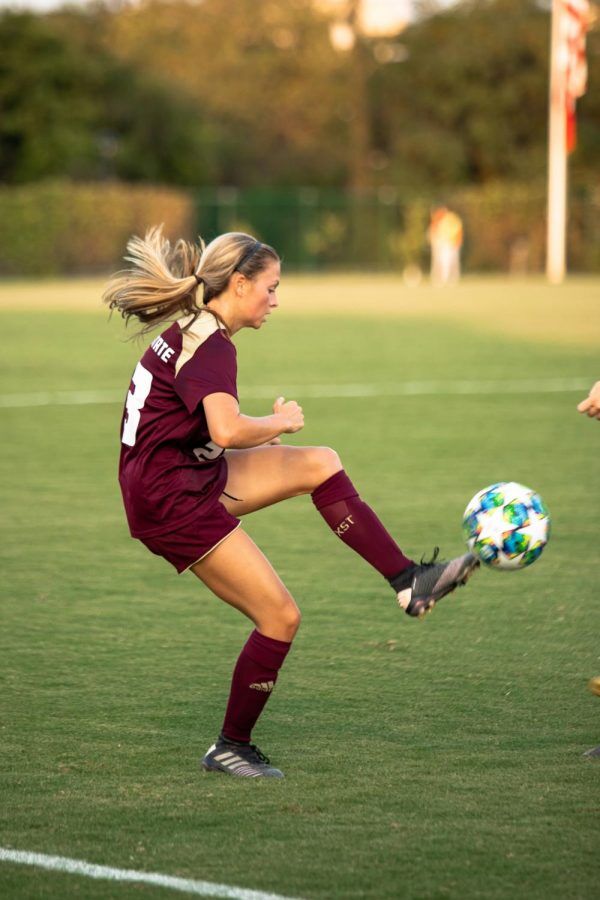 Texas State junior defender Gabie Jones (23) kicks the ball across the field, Friday, Sept. 11, 2020, in a game against Lamar University at the Bobcat Soccer Complex.

Texas State freshman midfielder Emma Jones (25) throws the soccer ball back onto the field to resume the game against Lamar University, Friday, Sept. 11, 2020, at the Bobcat Soccer Complex.

Texas State junior defender Gabie Jones (23) kicks the ball across the field, Friday, Sept. 11, 2020, in a game against Lamar University at the Bobcat Soccer Complex.

After losing games against Lamar and Abilene Christian, Texas State’s record dropped to 0-3-1. This week, the team will have two more opportunities to get its first win.

In 2019, Central Arkansas had a 5-12-1 record. This season, the team started 1-1-0, winning its first game versus Little Rock 1-0 and losing to Arkansas State 0-2. This will be the first away game on the Bears’ schedule.

The standout for the Bears is junior goalkeeper Reagen McCombs. In 2019, McCombs had 54 saves.

As for Louisiana, despite coming off an 0-1 loss against Stephen F. Austin, the team’s record is 2-1-0. The rising star for the Ragin’ Cajuns has been junior forward Lizzie Mayfield who transferred from West Virginia. At WVU, Mayfield made the Academic All-Big 12 Rookie Team in 2018. In 2019, Mayfield led WVU in assists with seven. This season, she has scored two goals in Louisiana’s first three games.

This will be the first conference game for both the Bobcats and the Ragin’ Cajuns.

In four games this season, the Texas State has gone to overtime three times, dropping two and tying one.

Freshman goalkeeper Beth Agee has 30 saves in four games, with eight saves against ACU. Against the Wildcats, senior forward Sydney Kammer led an improved Bobcats offensive attack. Kammer, who missed the 2019 season, hit her first goal of the season and took a career-high six shots against ACU.

Texas State will kick-off against Central Arkansas at 7 p.m. on Sept. 18 and Louisiana at 1 p.m. on Sept. 20. Both games will take place at the Bobcat Soccer Complex.

Police have extradited a suspect in the killing of a Texas State student-athlete to Hays County from Travis County following a Feb. 25 arrest.

The Hays County Local Health Department reports one new COVID-19-related fatality on March 4, a Buda man in his 50s. There have been a total of 225 fatalities in the county.

Texas State softball is set to host a round-robin tournament on March 10-12 at Bobcat Softball Stadium, a change from its previous plans to just host Sam Houston State and the University of Texas at San Antonio.

For new college students, the first weeks of classes consist of navigating a new campus and building relationships with like-minded people. Foster youth students, however, sometimes find themselves under more difficult circumstances, as college students with traditional family backgrounds ca…