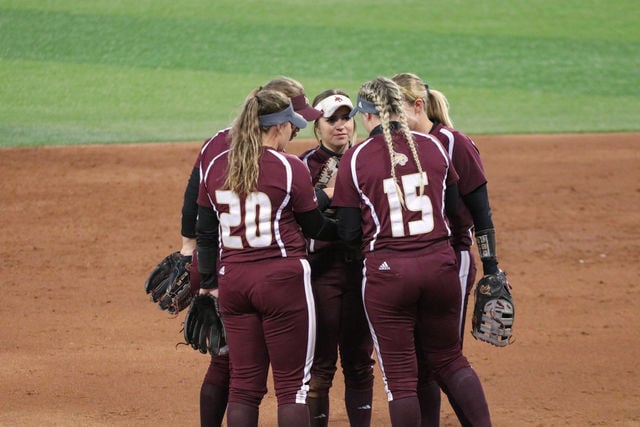 Texas State’s starting lineup gathers on the mound before the start of an inning against Saint Louis, Friday, Feb. 14, 2020, at Bobcat Softball Stadium. 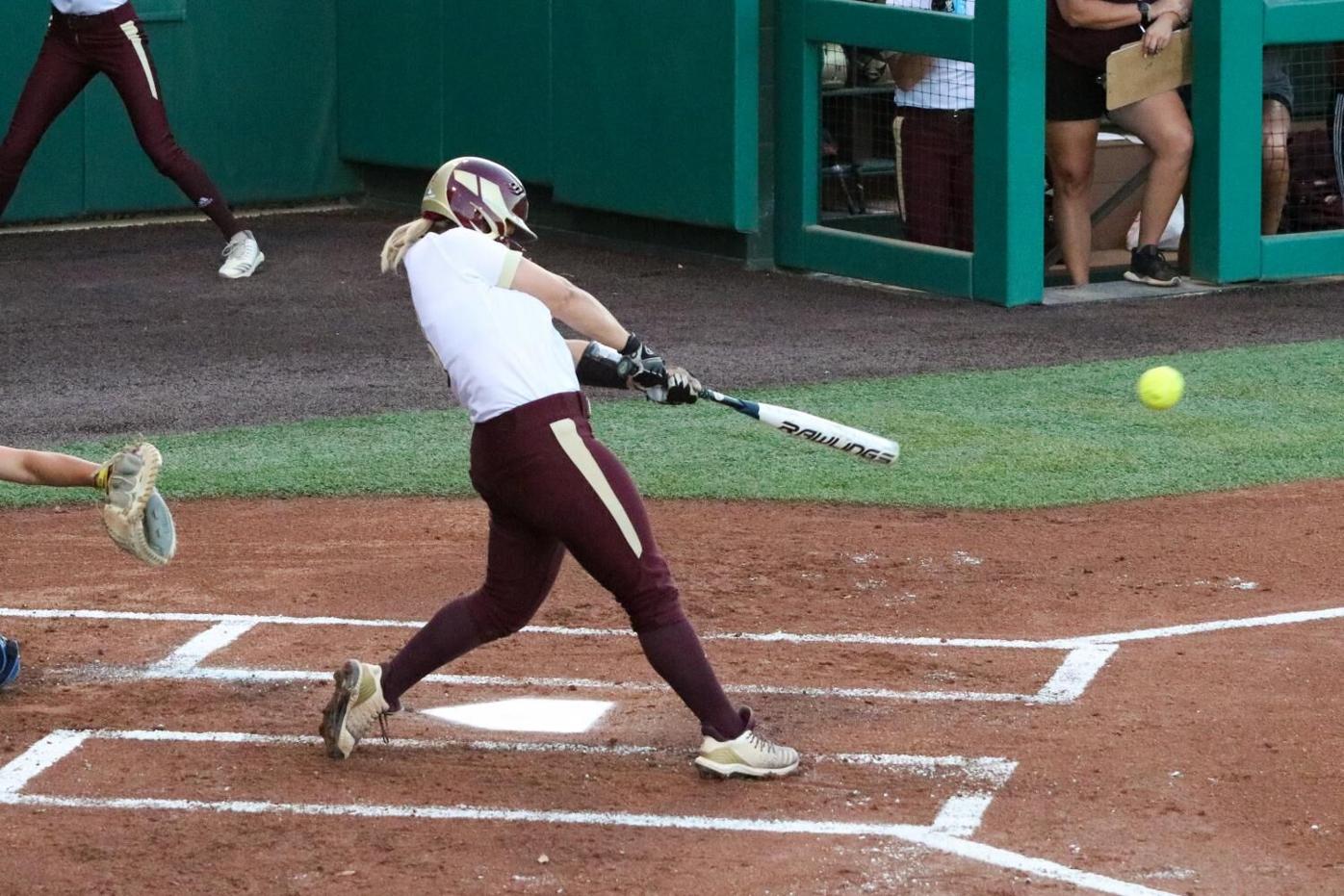 Texas State’s starting lineup gathers on the mound before the start of an inning against Saint Louis, Friday, Feb. 14, 2020, at Bobcat Softball Stadium.

Texas State softball took their field against Texas A&M Corpus Christi Wednesday evening, winning 4-1 to knock off the Islanders and mark the last of a 20-game non-conference schedule.

In their four-weekend preseason, the Bobcats found victories from coast to coast, playing in three states and competing against five teams ranked in the Top 25 for a 13-7 non-conference record.

Bell said that hitting home runs motivate her teammates and bring excitement to the game.

“It’s really exciting (to hit at home),” Bell said. “I like pumping up my team, so it gets everyone going. It makes me happy.”

Freshman Tori McCann picked up where she left off in tournament play, pitching a complete game and only allowing one run.

In the top of the third, the Islanders got on the board after McCann gave up a double that scored a runner from third base to cut the Bobcat lead to 3-1.

Head Coach Ricci Woodard said that McCann’s intensity and eagerness on the mound make her a valuable asset for the team.

“She just wants the ball in her hand,” Woodard said. “I think she’s aggressive and she goes after hitters and that’s what I like about her.”

The Bobcats tacked on another run in the bottom of the third to make the final score 4-1.

McCann was able to secure her fifth win of the season as the Bobcats roll into the Sun Belt with momentum.

Even a rain delay couldn’t stop McCann, who came into the game with a 1.19 ERA, giving her one of the best ERAs for an underclassman starting pitcher in the state.

McCann credited her team and their focused mentality with the win in the rain.

“I think we tried to come out here and just focus,” McCann said. “ I had my team behind me.”

With a win just before their weekend series at Georgia State, Woodard said that the ‘Cats will look to stay consistent as they head into the Sun Belt.

“The biggest thing is just keeping them focused and playing every game the same,” Woodard said. “I don’t think we’ve done a really good job of that at times this year so that’s kind of our focus now. Every game has to be the same (so) we’ve got to find some consistency. It’s March now.”

The Bobcats will travel to Atlanta on Friday to face off in the opening three-game series against Georgia State.