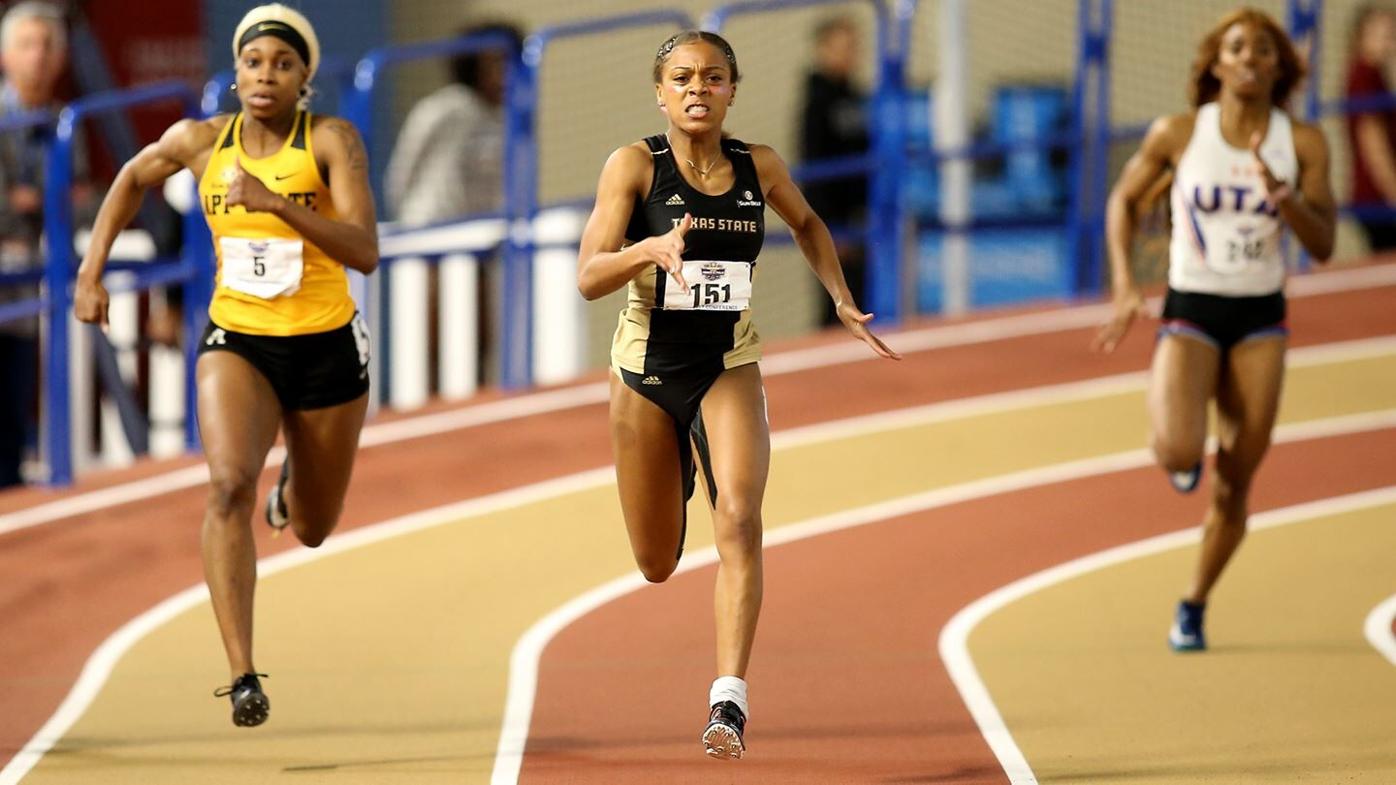 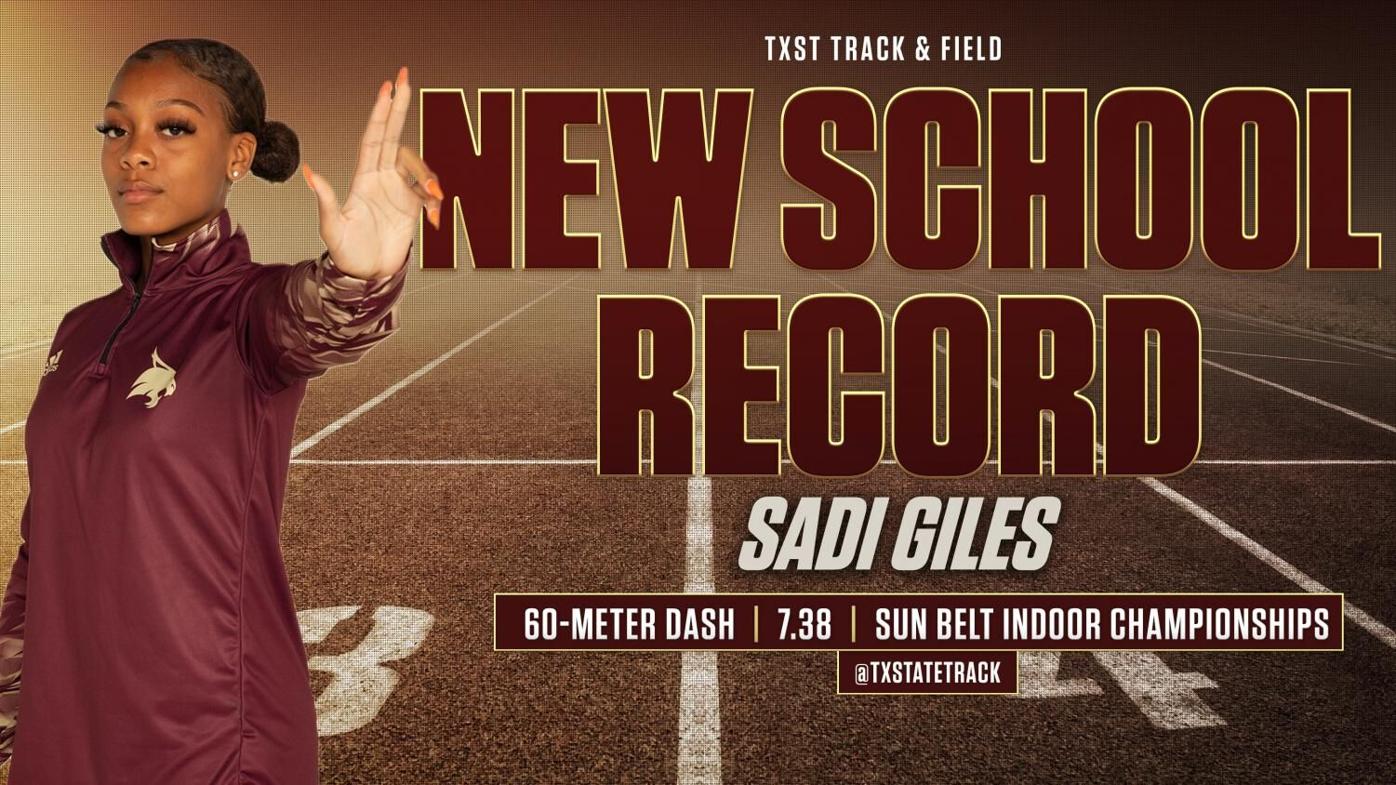 A Texas State Athletics graphic of Sadi Giles after she set a new school record in the 60-meter dash during the Sun Belt Indoor Championship. (Courtesy of TXST Athletics)

Editor’s Note: From May 25-29 and June 1-5, The University Star’s sports staff will break down its Top 10 moments in Texas State sports from this past school year.

It did not come as a surprise when Giles won the 60-meter race, given she had the best conference time going into the meet. Unfortunately, there was an error in the time-keeping, causing the clock to run a minute after the last runner crossed the finish line. Giles never found out what her winning time was and had to race for gold again.

After returning back to the blocks for a second time, Giles won the race, setting a school record of 7.38 seconds. Giles expressed frustration over not knowing what her official first time was but knew she had to be mentally strong for the do-over.

“I was just thinking that my first time could’ve been even faster, I just don’t really know,” Giles said. “I was just trying to think positively because after that I kind of got a negative vibe and I thought, ‘I need to stop,’ because I won. I obviously beat them once so I can beat them again. I was also thinking, ‘What if I lost this time and someone else gets first?,’ so I had to switch from negative to positive.”

Despite the mishap, Giles had to be ready for the 200-meter dash which took place less than an hour after the 60-meter confusion. Giles went on to place first with another school-record time of 24.03.

Her record-setting performances earned her Women’s Indoor Track Most Outstanding Performer in route to the Bobcats placing third in the Sun Belt Indoor Championship meet.

Giles was poised to have a strong outdoor track season before it was canceled due to COVID-19.